In years past (most of them anyway), we have done things like going to tree farms to cut down our own tree, or we've gone places that had hayrides and cocoa and visits with Santa to complement their overpriced trees, or, at the very least, we've gone to a less elaborate tree selling place but sprung for the Noble Fir, which was crazy expensive and absolutely beautiful.

This year (pregnant!) we went to Home Depot. Home Depot is about 7 minutes from our house, and I think we were back home within half an hour of leaving our front door. I would have bought a Noble Fir if they had them, but no. Fraser Firs as far as the eye could see. 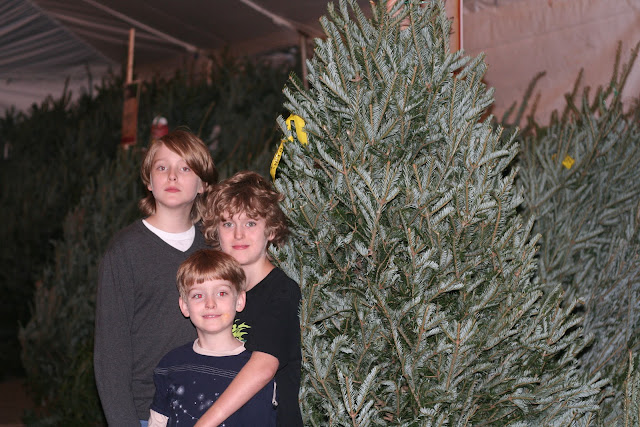 Our tree! We pulled it out of the big pile of trees and picked it our ourselves! 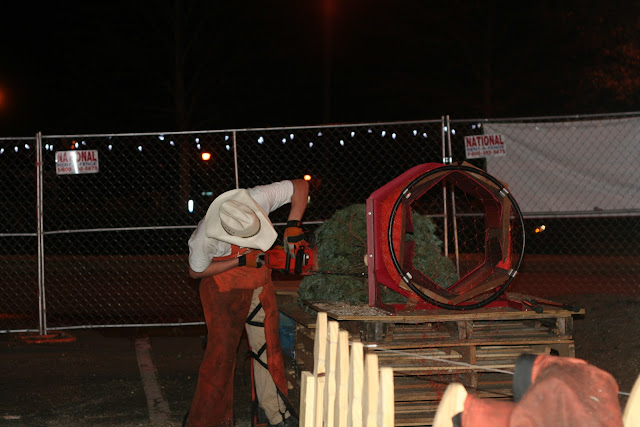 The guy trimming the trunk for us has a cowboy hat, which makes the whole thing extra festive! 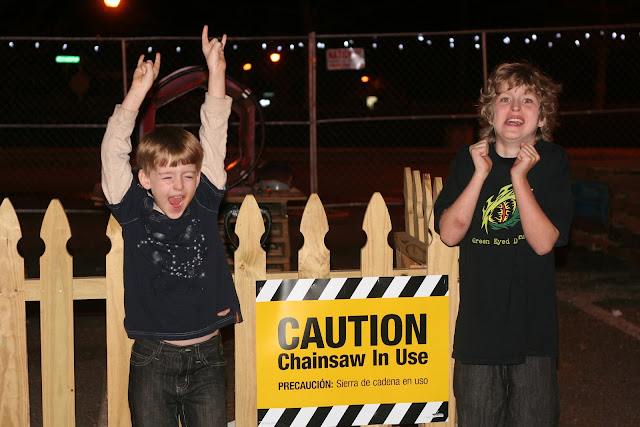 I thought it would be funny if they posed in front of this sign, pretending to be really excited about the chainsaw. I was right. Note that Milo is perfectly appropriately dressed for the weather in his short sleeved shirt here. SO Christmassy. But today it was 42, so maybe we should have waited a week. 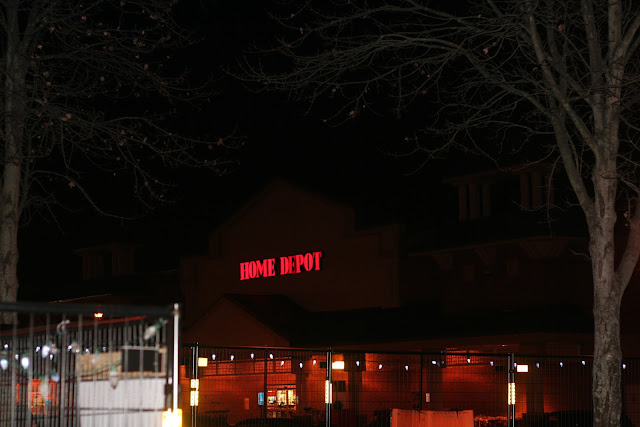 I took a picture of the sign so we'd never forget the magical night. 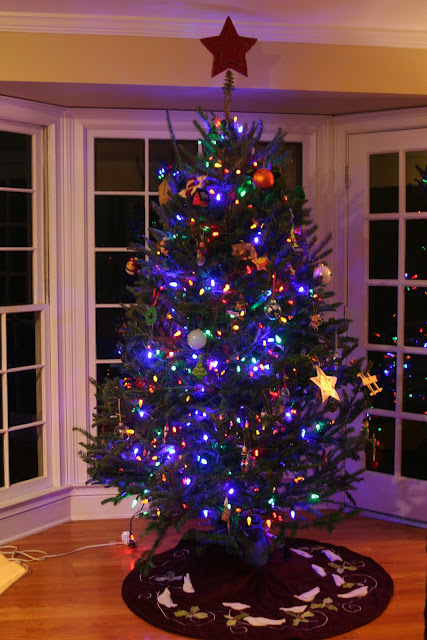 And here it is, all decorated and lit up. It's no Noble Fir, but it will do. 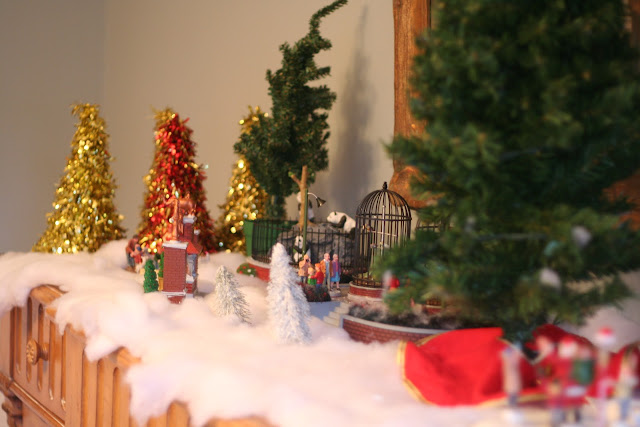 Our Christmas decorations are not exactly what you might call....mature. Also, I couldn't get a good picture of the whole Christmas zoo. This was the best I could do. We have a Christmas zoo. A couple of years ago, the kids got gift cards from Sears from one of Dave's uncles. Rather than buying clothes, which is not super exciting for kids, we opted for starting a Christmas village....and the Christmas village stuff that was left over after Christmas  was mostly from the Lemax zoo collection. Which is cool, because what says Christmas more than....a zoo? 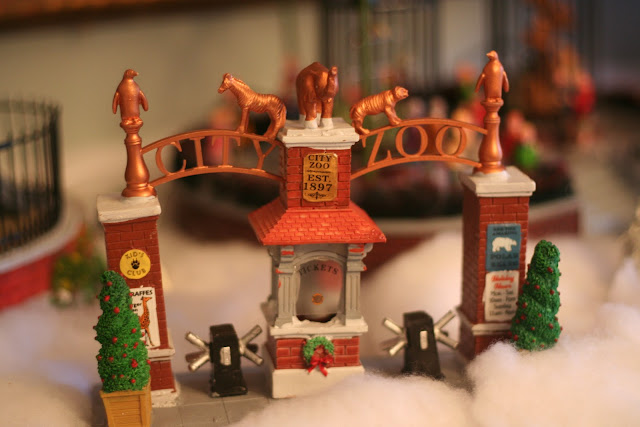 We just added the zoo entrance this year. 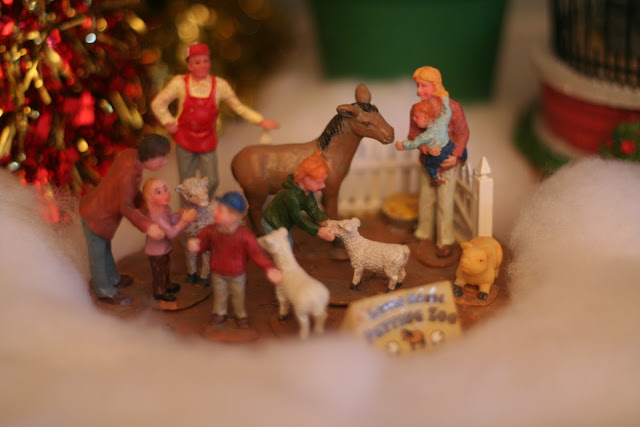 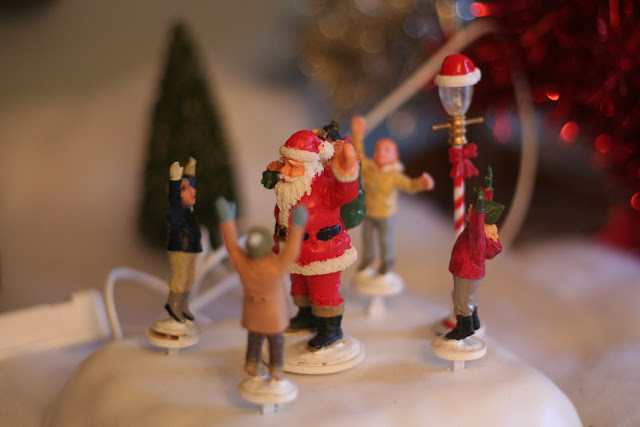 I don't think the Santa actually goes with the zoo, but he could visit, right? This one moves! 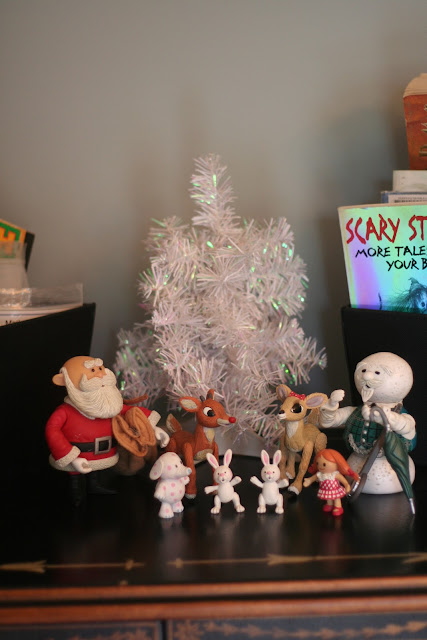 What else have we got? Well, these guys from Rudolph. I tucked them in on top of the Old Lady Cabinet in the dining room. There used to be more pieces, but stuff happened. 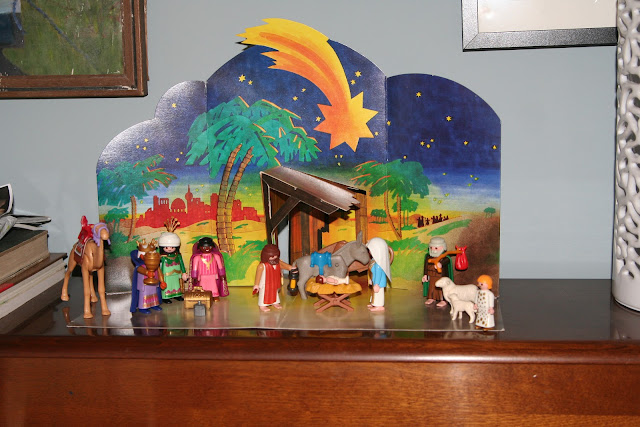 The Playmobil nativity scene. Maybe someday we'll get a grown-up one. 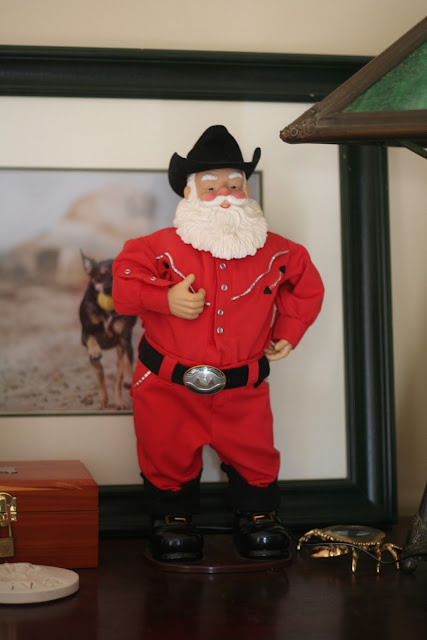 The Holly Jolly Santa! My brother and SIL gave this to us Christmas of 1999. They told us it would help keep us entertained if all the power went out for Y2K, but then we opened it and realized it only plugs in...no battery back up. Fortunately, if you'll recall, it turned out not to be an issue. Santa dances to Alan Jackson singing "Holly Jolly Christmas." The best feature? The "repeat endlessly" mode that the kids are fond of setting him to. He's sounding a little....tired this year. I am worried that his Christmases are numbered.

So there you have it. It's a little....sparse compared to other people's amazing mantles and entranceways and whatnot, but....pregnant! Next year I will use my nearly one year old for an excuse instead.
Posted by Gretchen at 6:44 PM