THIS is the project my broken (well, broken until yesterday; still somewhat unreliable and testy) printer delayed and nearly ruined Christmas by refusing to print for me. My poor kids didn't even have an Advent calendar until December 2! Tragic!

And, of course, if you're reading this in 2012, you either already have an Advent calendar or you're pretty much too late to make one. But I'm posting about it anyway.

I'm getting a lot of mileage out of the string of twine and clothespins in my dining room. First there were the anatomy cards for Halloween. Then the banner I made for Thanksgiving. And now I'm recycling it again for the Advent calendar. I don't know what I'll do next. I thought about presidents for  Presidents' Day, but 1. There have been a lot of presidents. I don't know if there's room. and 2. I think the more modern presidents might look....not vintage-y enough for my tastes and for my dining room's vibe. Maybe just OLD presidents. At any rate, it's fun having something that's incredibly easy to change out seasonally.

I don't think I've ever made an Advent calendar for the kids before. We've done online ones, and cheap chocolate filled Trader Joe's ones, and expensive Playmobil ones....but no handmade ones. This one was very simple, with the exception of the 859 hours spent trying to get the printer to work.

First, I found a bunch of vintage Christmasy images I liked from The Graphics Fairy. Then I made a file of them all, two per page, on Open Office. I managed to get the hang of this a little better this time than with the anatomy cards; I figured out how to put an invisible border around the whole thing, so they were nice and centered. I used my usual Boxy Colonial font, "Colonial Dame" and stuck a number on each one.

Then, 400 years later, I managed to print them all out (on the same brown cardstock I used for the Thanksgiving cards. I spent a long time going back and forth between that and antiquing the white again, but that's what I ultimately settled on). Here's a link to the PDF, in case anyone is interested.

I thought about trying to do fancy, or at least curved, edges again, but I finally just kind of chopped them down the middle and then trimmed the other side to make them (more or less) even. Christmas seems like a more....rectangular holiday than Halloween or Thanksgiving, somehow.

I bought a little package of envelopes at Hobby Lobby when I was on my coaster material run, and then I just glued a little envelopes onto the backs of the cards. Then I put an activity for each day of the month in each envelope, on a little slip of paper. I can't post the list since Ari reads the blog, but the first two were "drink hot cocoa" and "get a Christmas tree." Coming up with 24 ideas without getting in over my head ambition-wise (crafts every day! or: drive to Atlanta for expensive Christmas event twice a week!) was tricky, probably particularly since my kids are older and more jaded. But I did my best. And judging by how excited they were by "drink hot cocoa," I worried more than I needed to.

NOTE: If you are one of my children, don't look at the pictures! Spoiler alert! Minor spoiler, but still: spoiler! 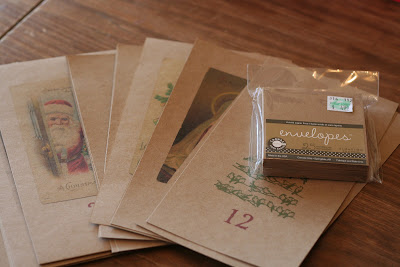 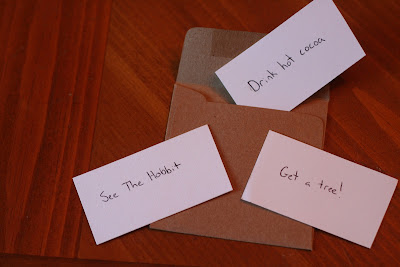 Oh--VERY minor spoiler, since two of these are things they've already opened. Still, Ari: if you're reading, don't tell your brothers. 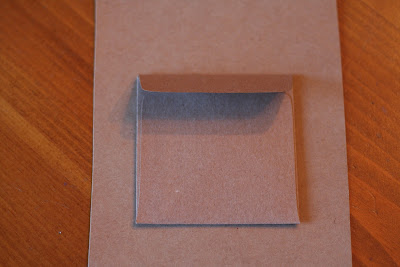 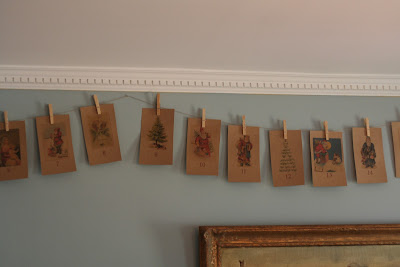 Have I mentioned my big plans to get a wide angle lens for my birthday in March? Things will be better then. 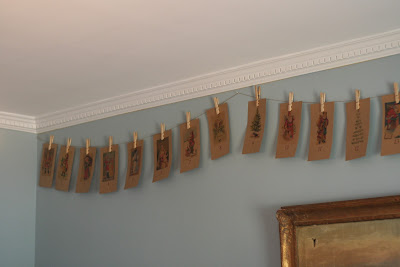 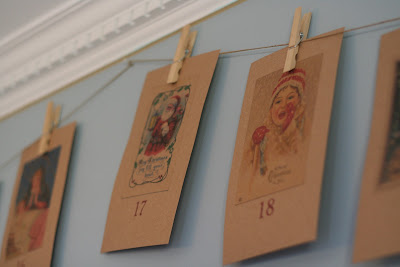 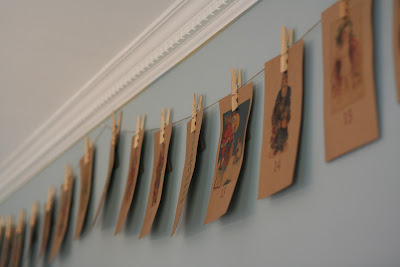 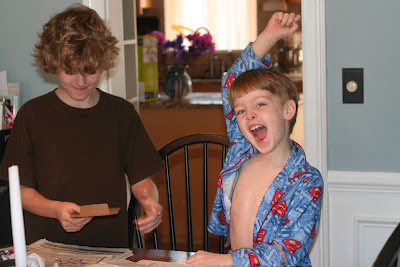 "Cocoa?! No way! We can't believe our luck!" I had kind of meant at bedtime, but they wanted to go make it right away, and who was I to say no to kids who didn't get a first day of December on their Advent calendar?

Shared with: My Uncommon Slice of Suburbia
Chic on a Shoestring's Flaunt It Friday
Posted by Gretchen at 5:11 PM