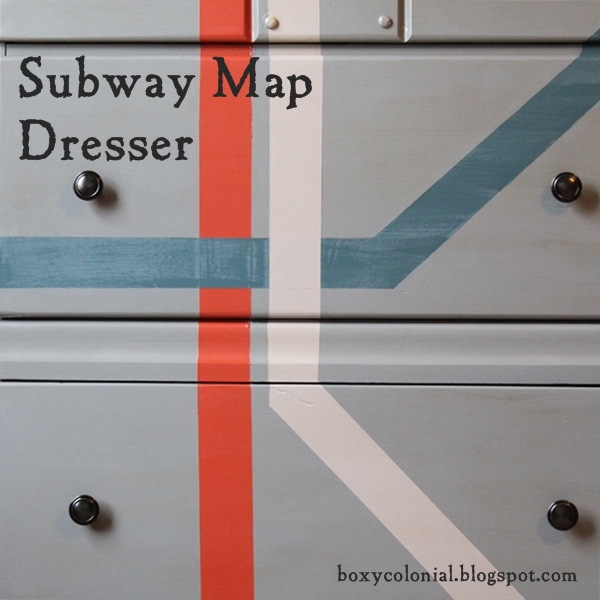 Not going to lie; I'm pretty excited about this one. It's a project that could not be a Pinterest Challenge, because I came up with it all on my own. Not that a striped dresser is anything unique, but I haven't seen any other subway map striped dressers.

Back when I posted about the plans for Ari's room, I mentioned that I had printed out a map of the London Underground for his wall. Somewhere along the line (ha! along the line! it's kind of a pun!) that map inspired the plan for his dresser.....a sort of stylized subway map. 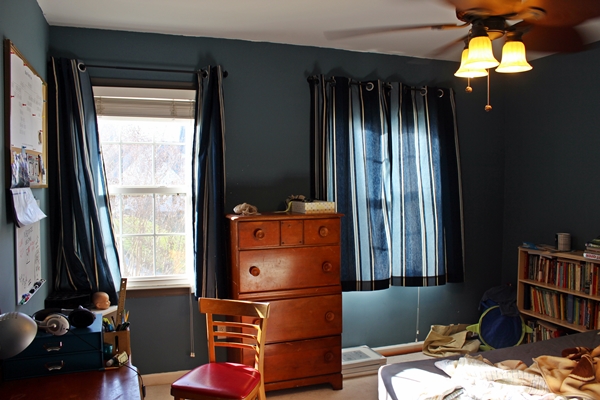 This one was kind of a pain. I've never painted stripes on....anything before, I don't think. It was super tedious, but the end result was worth it. We sanded it down and then painted it (with a little foam roller) the same semi-gloss Valspar High Speed Steel that we used on his desk and nightstand.  No plaster of paris this time, because I wasn't planning to distress it and wanted to keep it all sleek and modern-like.

Then we started on the stripes. I'd picked up three paint samples at Lowe's, but I decided that two of them were too close to the same color, so I wound up using the leftover Newburg Green from our bedroom for one of the stripes instead.  Pretty much we measured out where we wanted them, then drew a line in pencil with the help of a level, then taped off with frog tape: 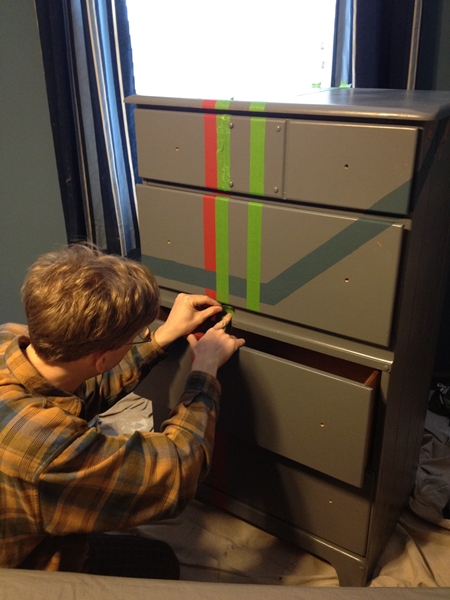 After the first stripe, a good bit of gray came off with the frog tape. I thought we just hadn't been patient enough, so we let everything dry for a full two days before we attempted stripe number two. And this happened: 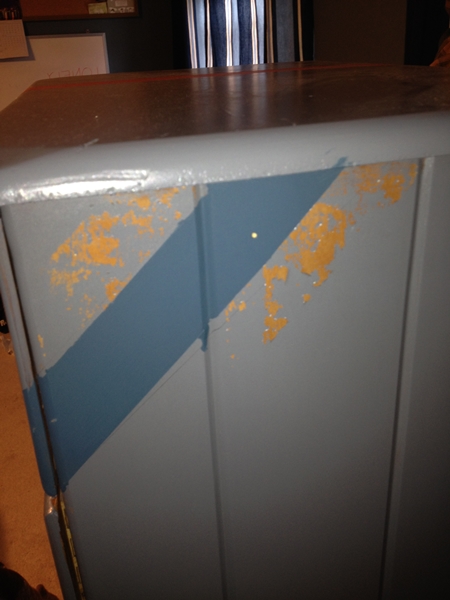 At that point we realized we were just going to have to go back over and do a lot of touching up once the stripes were finished. And that we did. Then a coat of polyurethane (which, as you'll see, did not dry very clearly on the blue, but I'm trying not to care too much since I'm not sure what to do about it). I finished it off with simple (cheap!) bronze knobs from Lowe's....we bought a pack of 10 for $14, I think.

So the whole thing took a lot longer than I had planned, but we finally finished this morning. And here it is! 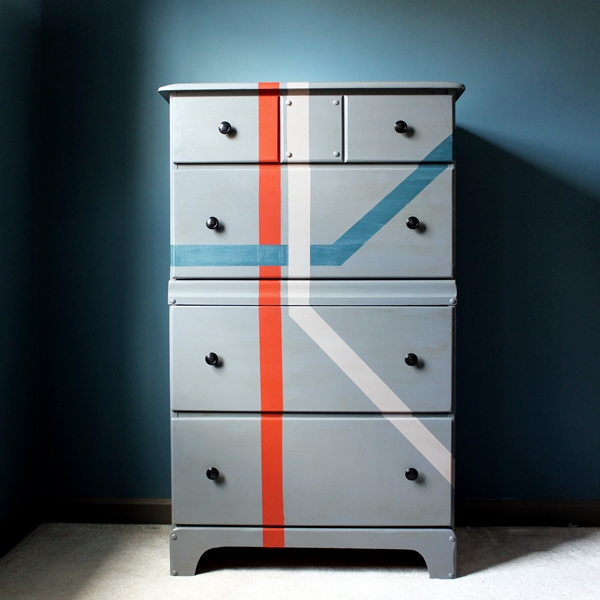 I love where the lines intersect. It's my favorite. The stripes keep going on the top and the sides. You can rid the subway all the way into the wall! 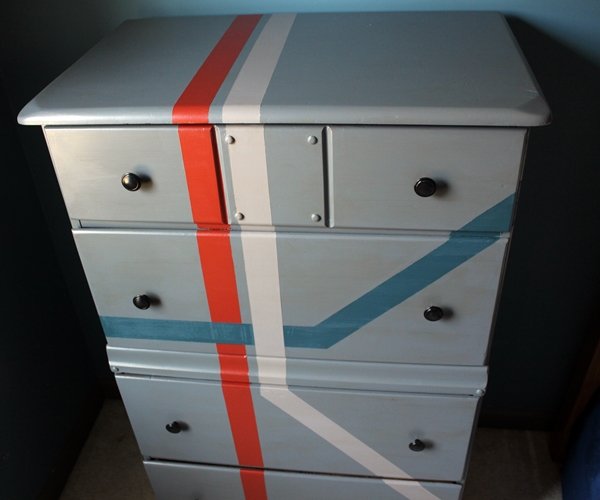 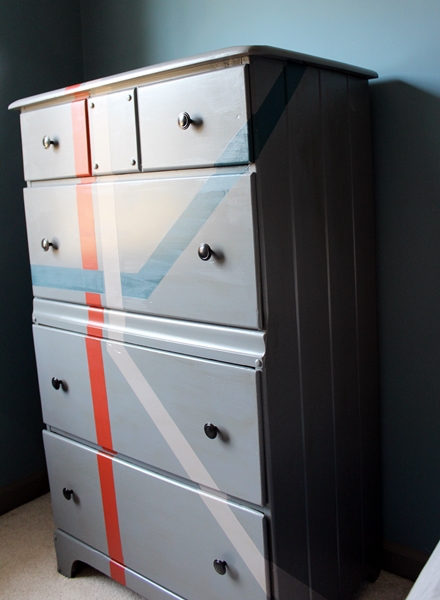 We're all finished with furniture makeovers in Ari's room now. I'm pleased with them all....I wanted something a little different for each piece, but that meant there couldn't be anything completely wacko or they'd be overwhelming when you put them together. So I think I hit on the right amount of wacko.

Now we need to do his headboard, and curtains, and work on art for the walls. I still have that AMAZING idea that I keep way overhyping. I'm scared to try it because I'll be crushed if it's not as awesome in real life as it is in my head.

Linking with:
Creating with the Stars Weekly Link Up at East Coast Creative
Spotlight Saturday at Classy Clutter
I Heart Naptime's Sundae Scoop
Monday Funday
Tutorials and Tips at Home Stories A to Z
Tuesday's Treasures at My Uncommon Slice of Suburbia
Stone Gable Blog's Tutorials, Tips, and Tidbits
Hookin' Up With House of Hepworths
The Inspiration Gallery
Miss Mustard Seed's Furniture Feature Friday
Tatertots and Jello Weekend Wrap Up Party
Thrifty Decor Chick's Before and After Party
Before and After DIY Contest
Posted by Gretchen at 7:30 AM