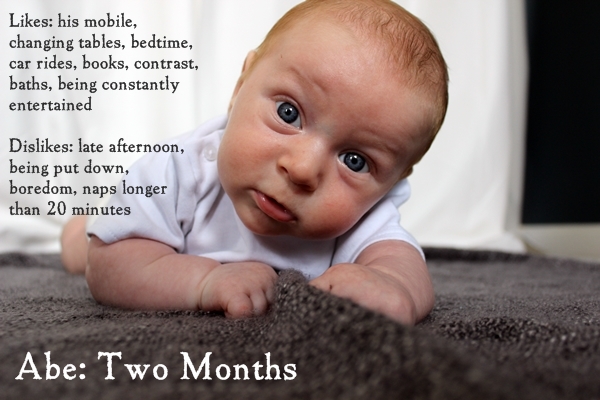 Abe turned two months old on Sunday, and I finally got a chance to finish editing the pictures from his two month photo shoot and write this post. I'm loving the pictures I got this time. He's making so many different expressions now, and his improved head control offers up a whole new world of possibilities for poses. And check it out--am I fooling myself or does that hair up there look just a little bit red? Probably I'm fooling myself; I think I've convinced myself that every baby except Milo had red hair at some point or another.

My favorite of Abe's new "likes" this month is definitely the bedtime one. We started putting some effort into getting a bedtime routine going, and, astonishingly, he's totally into it. It only took a week or so before we noticed him getting really tired a few minutes before bedtime (which is around 7:30 now, earlier than I had dared to hope for yet), and now he passes out pretty quickly once we do the bath, stories, and nursing thing. I remember having to walk the room with Gus in a sling for forever to get him to sleep, so this is very nice indeed. How long he stays asleep before he wants to eat again is highly variable, but it's usually at least 4-5 hours, and has been as long as 8 (!). Naps, on the other hand, remain irregular. And discouragingly short. And on me. But one thing at a time!

Turning two months old seemed to change him into a more grown-up baby overnight. He's less moody, more smiley, and more interactive the past few days. In short, he's a lot of fun.

Here are some outtakes:

It's hard to get a focused picture of him smiling, as he tends to be moving around a lot and kicking when he's happy. But I keep trying: 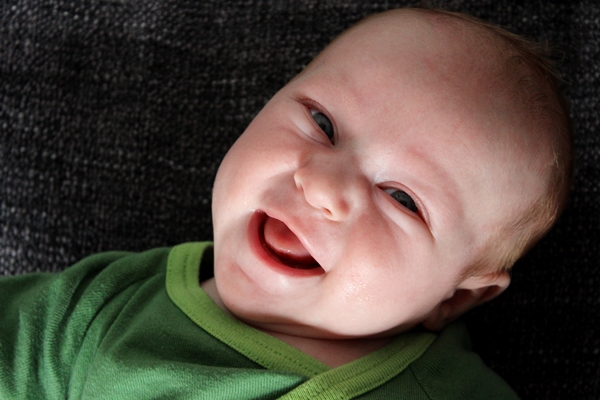 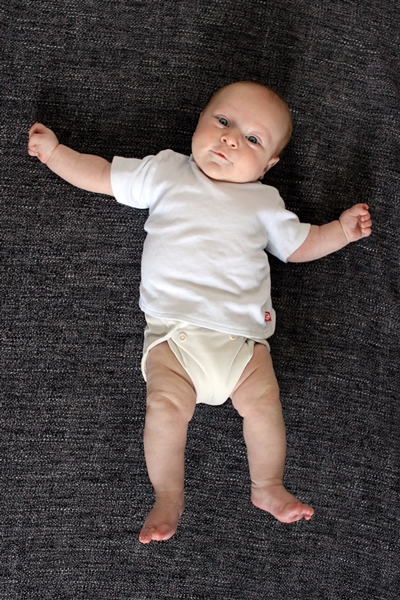 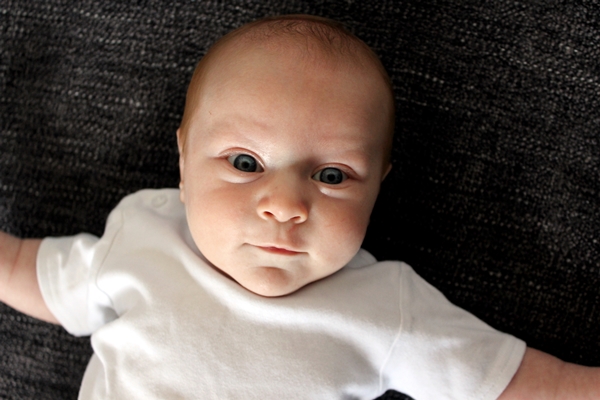 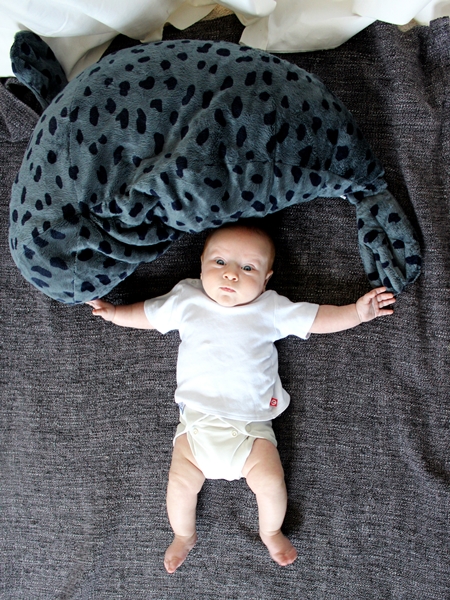 And, yeah, the on his tummy ones were my favorite. I couldn't stop taking them. 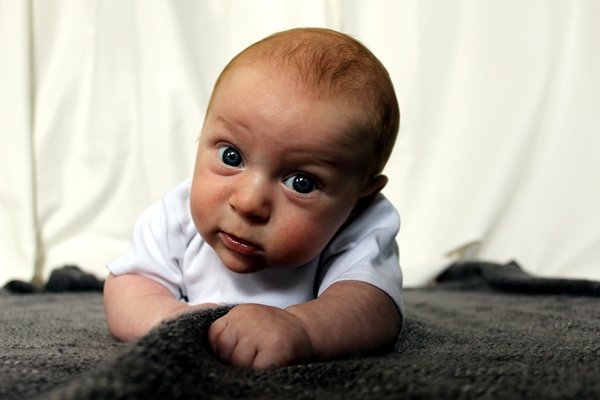 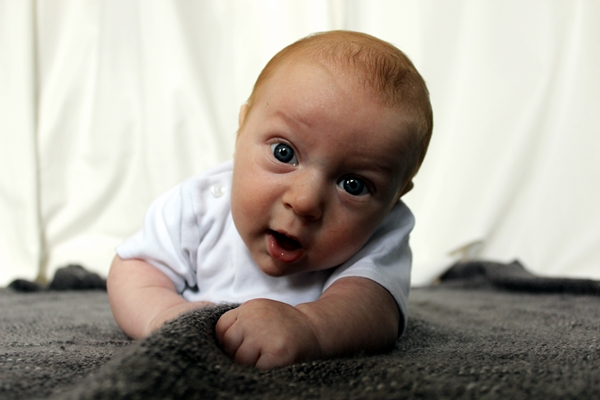 And it was Milo's turn for big kid pictures. I was struck when I was editing them by how OLD he looks. He's not quite 10...but it looks like he's about to bust out with a mustache or something in the last picture: 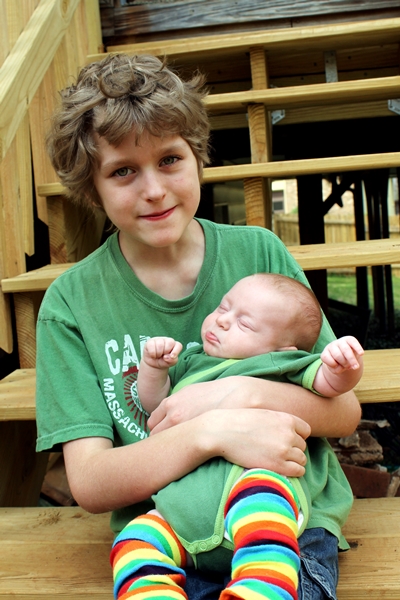 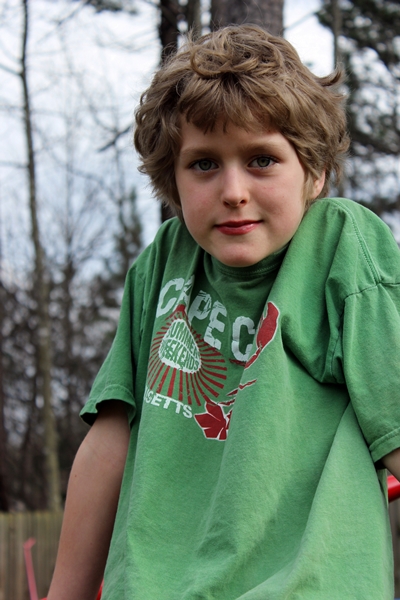 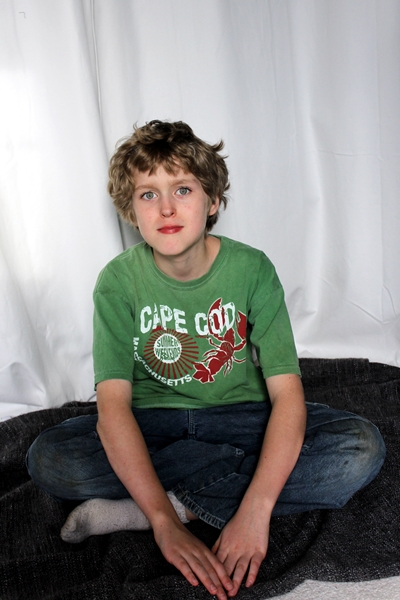