AKA The Prettiest Table In the World In My House

There was a time, back like...a week and a half ago, when I planned to just rearrange some stuff from my fall/Halloween centerpieces to make a....late fall table for Thanksgiving. And then I even did it: 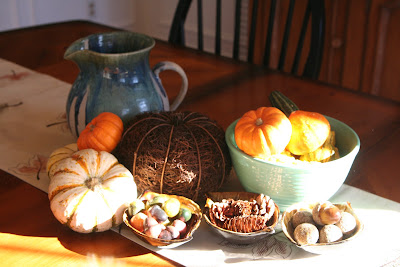 Wah--it's not NEW enough. And it doesn't go with Patch dessert plates. That was the main thing.

So I ordered my Patch plates and made a few shopping expeditions to various places, and this is what I have now (well, not RIGHT now. I put everything away after I took pictures. I'm a little paranoid about a cat coming along and destroying the most beautiful table I've ever seen personally designed): 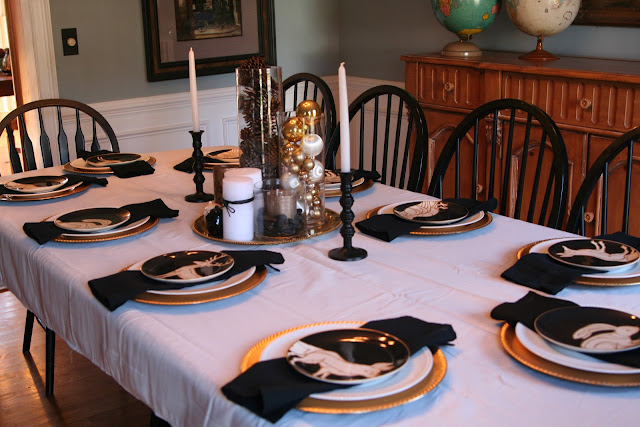 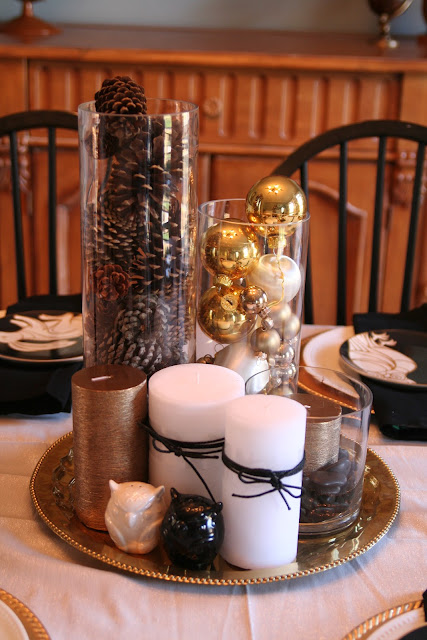 Glass hurricanes and all the candles are from TJ Maxx. Pine cones from our yard. Brass tray and Christmas ornaments from the thrift store (except the little gold balls, from Target). Owl salt and pepper shakers and the black candlesticks are the only things that wound up getting recycled from the Halloween display. Oh, and black river rocks from Target in that one glass container. 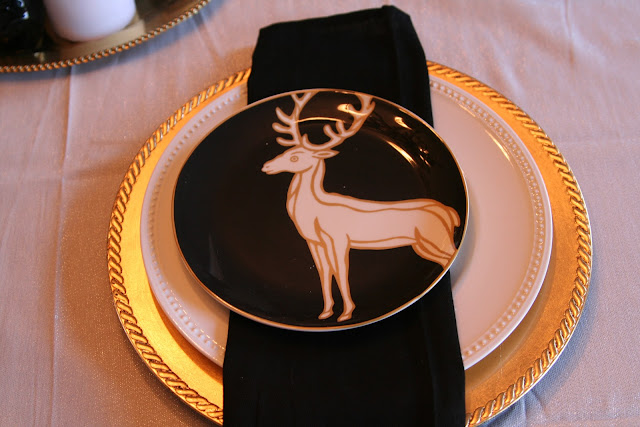 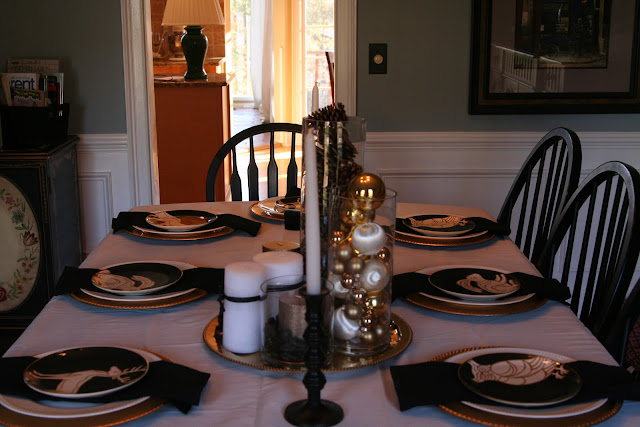 I also have a black and gold runner coming from Amazon....although I might have gone without it had I finished the rest of the table before I ordered it. I still want to get some white serving dishes from the thrift store before Thanksgiving, but I'm not having much luck with that so far. 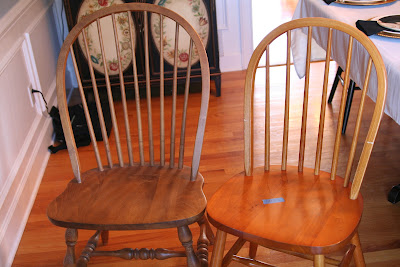 I only had eight chairs for the dining room table, and I had ten place settings (nine people for Thanksgiving, but who wants an odd number of place settings? Unacceptable!) We were going to go with the ol' pull a kitchen chair in trick, but after I made my pretty table, I wasn't thrilled with this. But then! At the thrift store just last night! As if by magic! There were TWO windsor chairs hanging out, waiting for me! They do not match, but, then, neither do the chairs I already have (4 of one kind, 4 of another). And they need to be painted black, and it's going to be a tight fit finding time for that between now and Thursday. But one of them was $3.03 and the other was $4.04, so I couldn't very well pass them up. Meant to be.

I also did some tinkering with the buffet. The lamps just weren't working for me anymore. Not because I agree with the masses about the color being all wrong ;), but just because things looked...funny with my globes and the lamps trying to co-exist. And I don't really NEED lamps there, since the chandelier gives plenty of light. So away they went. And we finally got the picture hung up. And I found some globe bookends on the very same chair revealing thrifting expedition. And now we have this: 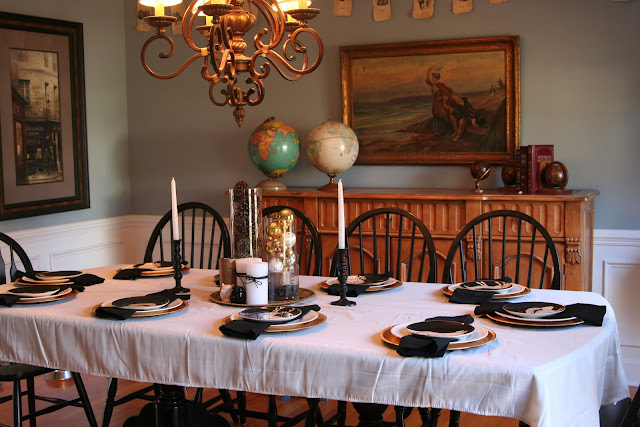 Chic on a Shoestring's Flaunt it Friday