*house stuff has been slow going this week and last. Eventually we will FINALLY have some finished steps to post about, though. They are finished enough now that dogs (who don't need a hand rail) can go down them, and that makes me happy)

In 2008, we read tons of books about presidents and elections and super hyped everything enough that, by the time Election Day actually arrived, the kids were convinced it was a holiday on par with Christmas.

This year our pre-election hyping was considerably more low key, but, the good news is, my geeky children are easy to excite at the last minute; all it takes is promises of sugar cookies and staying up late to color maps red and blue.

I made my first attempt at my own gluten free flour mix with the cookies (I mean, not really; I mix gluten free flours together all the time, but this time I kind of read up on it and pre-made a mix before I added it to the recipe). I guess I did okay, because the dough rolled out beautifully, and the cookies tasted like sugar cookies (even though I used erythritol/stevia in them instead of real sugar, since I wanted to be able to eat some, too). I used about half rice flour, and then a random blend of coconut flour, tapioca starch, potato starch, and peanut flour for the rest (along with a teaspoon on xanthan gum).

Here's the recipe I modified beyond recognition (heh--not really; other than subbing for the sugar and using my own gluten free blend, I followed it pretty closely): http://www.landolakes.com/recipe/1527/star-cut-out-cookies-gluten-free-recipe

I bought a set of elephant, donkey, and US map cookie cutters back in 2008; I can't remember where (apologies to members of various third parties; you guys need to get animal mascots). Complicating matters was the fact that Tuesday is our CRAZY day, so all the festivities and preparation had to be squeezed in between Spanish tutoring, Gus' tap class, Gus' rehearsal, and, of course, actually voting (I had begged out of lego robotics for the week to make time for this, and it turned out to be a good thing, as I waited in line for over an hour. Fortunately, the kids were at a friend's house while that was going on, so it seemed almost relaxing). So the pictures are not the best, since it all happened after dark, and I was just kind of wildly grabbing the camera to take a few shots before we hurried on to the next thing. 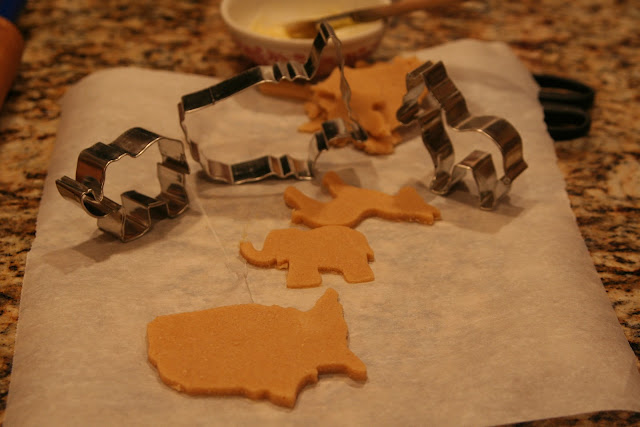 The dough had been in the refrigerator for several hours, and I was really impressed with how easy it was to roll out without making a mess. The odd thing was these cookies took FOREVER to cook in the oven; way longer than the directions said. We offset the use of fake sugar by sprinkling them VERY liberally with red and blue sugar. 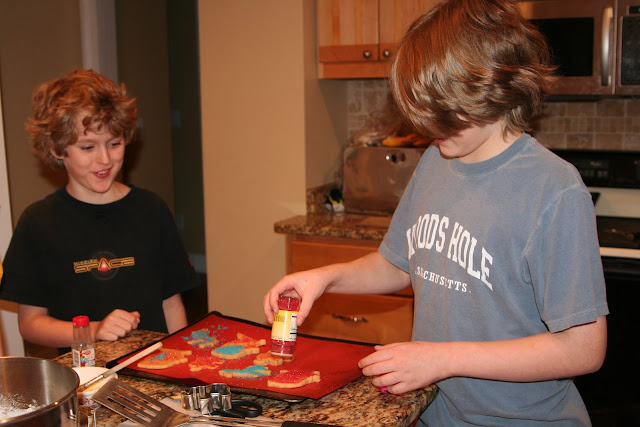 Ari indulged us by sprinkling some of the cookies, even though he is so mature. 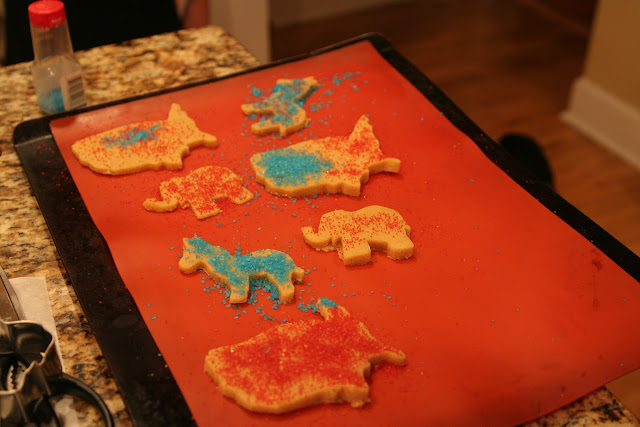 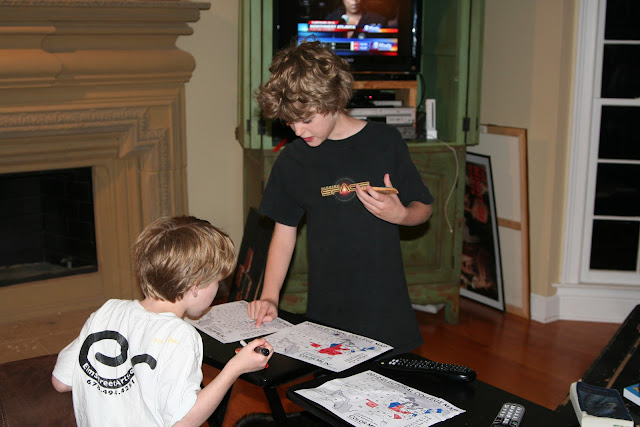 I think we used up all the ink in all of our red and blue markers. 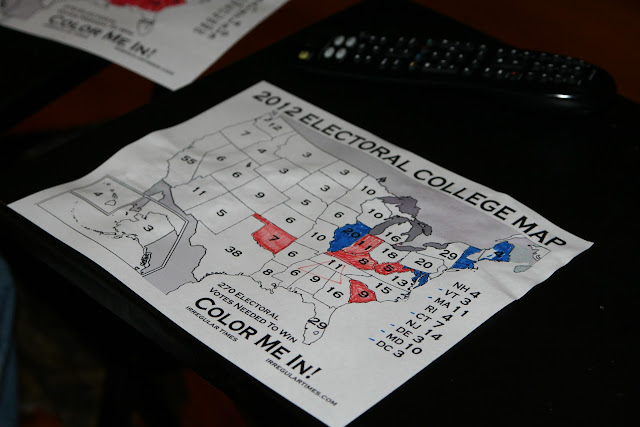 The kids did not really stay up until the polls closed in Alaska or anything. They went up before 10, and  then finished (well, except for that pesky Florida) the next morning. 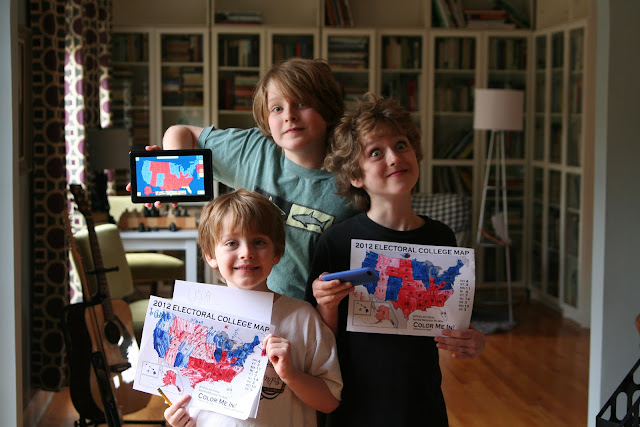 Sorry, Florida, you don't get to be colored in because you count too slow. Ari found some kind of app for the Kindle to do his high tech version of map coloring.
Posted by Gretchen at 12:28 PM