It's the little things. Right?

I have bigger things to blog about--like the FINALLY (mostly) finished back steps. And Thanksgiving. But first, a post about a few of the little things that have been going on, house-wise. 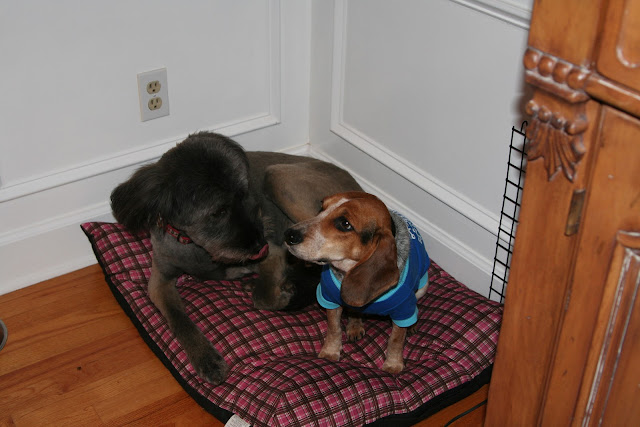 Fiesta and Gable decided to stop taking turns on everyone's favorite dog bed and just share it instead. Awwww.....BFFs! 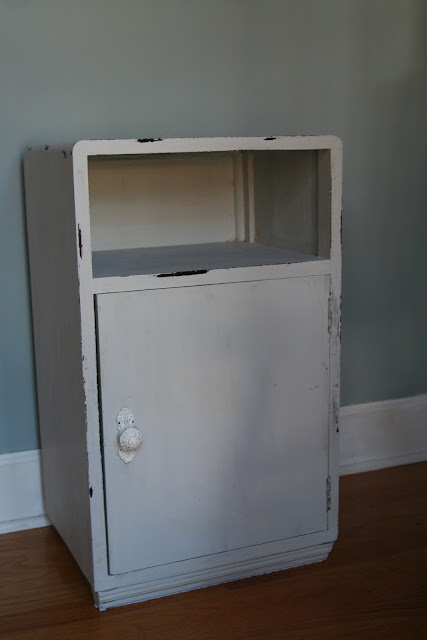 I finally finished painting this little table thing. I bought it at the thrift store awhile back for $6. It had a dark veneer on it, so I whipped up some chalk paint with yet another rejected paint sample. Then I replaced the old knob with that adorable one from Hobby Lobby. And then I sold it to my mom for her shop. I had originally thought I might use it somewhere here, but I don't really have anywhere for it at the moment. I calculate my hourly wage to be about 75 cents, but that's okay; it was mostly for practice.

I took a few other things over to sell to her today, too, including those lamps that used to be on my dining room buffet. The universally unloved lamps. She hadn't seen them before, and as soon as she did, she said, "I hate those lamps." They're still in my car. Fine! 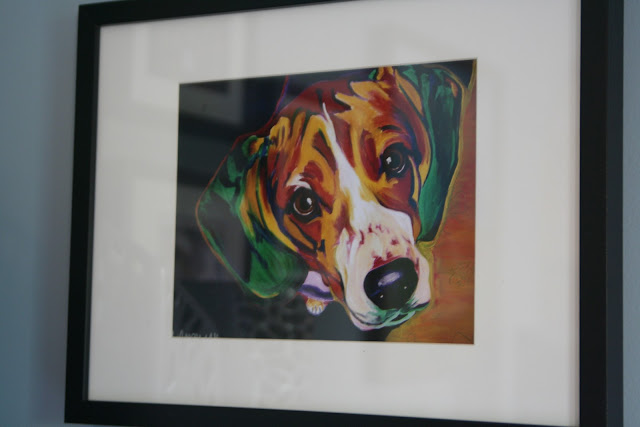 I bought this awesome beagle print from DawgArt on Etsy. 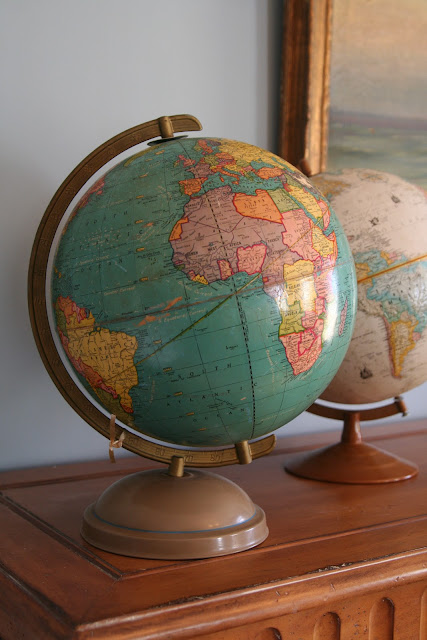 I bought my old globe a new friend at my mom's shop.

Adventures in Craigslisting: Milo and August's new bunk bed arrived (look for updated house tour post soon!) and I succeeded in my quest to sell the two loft beds for more than I paid for the bunk bed! The one with the slide that we've had for something like six years went super fast (because slides are fun, I guess?) and I had a lot of response for the other one, too. All told, I wound up ahead around $15 on the bed switchover, and the boys' room looks so much bigger and more open now. Yay!

I have a billion bookshelves that we don't need anymore, thanks to the Billy shelves, on there right now.   Hoping for another round of Craigslist good luck (and a bedroom that looks less like someone's storage unit).
Posted by Gretchen at 6:51 PM