Last year was our first gluten free year, and I didn't really feel ready for doing everything homemade. So I wound up buying pre-made bread (and regular old wheat rolls for our non GF guests). We did make a pie:, as I recall.

But this year I'm ready; I'm going to attempt my very first gluten free dinner rolls! For the most part, we just don't eat a lot of bread around here, and when we do I either use a mix or pick up a loaf at the store. But Thanksgiving calls for homemade rolls, don't you think? A nice thing about Thanksgiving is that a lot of the traditional dishes don't really require much or any modification to make them gluten free. Turkey? no gluten! Mashed potatoes? the same. Cranberry sauce and sweet potatoes are similarly problem free.

So, by my calculations, the things we need to worry about are the rolls, gravy, stuffing, and desserts.

Rolls: I'm going to give these a try: 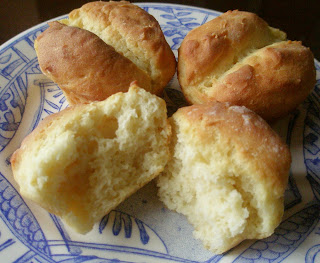 (in a perfect world, I would have done a trial run at some point in the past few weeks, but....I didn't)

Gravy: as far as I can tell, the only thing we really need to change here is using corn starch instead of flour for a thickener. Fortunately, I have a lifetime supply of corn starch that I inherited from a friend after, if I recall correctly, a botched or abandoned attempt at homemade play-doh

Stuffing: I still need to figure this out. Most of the recipes I've found seem very elaborate (you know, compared to a box of stovetop stuffing).

Desserts: I found this recipe for a crustless pumpkin pie: 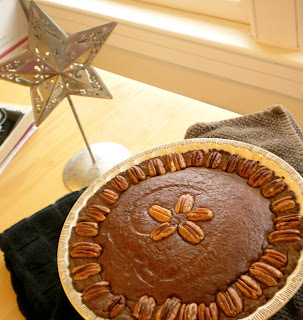 Okay, and then, supposing you need to whip up a quick snack/breakfast food to keep your kids out of your way while you're trying to cook all that stuff....how's about a gluten/grain free, (mostly) sugar free cinnamon muffin? Yum!

I started with this recipe from Taste and Tell blog, and then I, of course, made some modifications. Second time I made them, I doubled the recipe, and that seemed to work better (mostly because of the 5 egg thing), but if you want to halve it, I'd do 3 eggs and maybe add a couple of extra tablespoons of coconut flour. 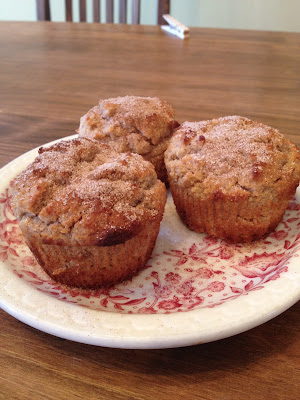