Really, most of the recent additions have been to make the room more practical for an actual baby to live in. Like this one: 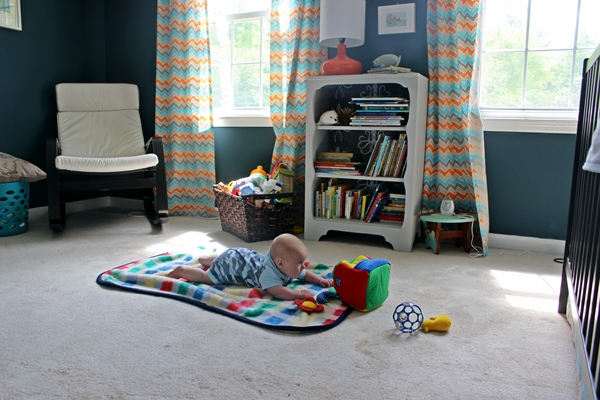 We spend a lot of time hanging out in here while Abe does stuff like this. He's a big fan of tummy time. In fact, he's taken to rolling immediately onto his tummy almost any time you put him down on his back now. 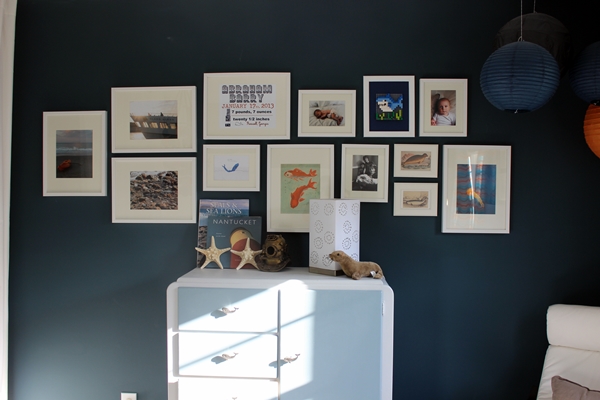 The not at all practical addition is another gallery wall expansion. This might be the last one. Or I might take it higher. Thoughts?

We added in one of his three month pics, the jelly fish from the Georgia Aquarium that I've been meaning to frame for forever, and two more little prints from the Biodiversity Heritage Library, narwhals and a seal. It's a little sad because the narwhals are clearly not in the water where they belong. But I wanted narwhals, and I couldn't find any non-beached ones. And the seal....little known fact: at one point we were 90% sure Abe was going to be named Ronan, which means little seal. That's where the inspiration for the nursery originally came from. And I still love seals, even though I didn't name my baby after them: 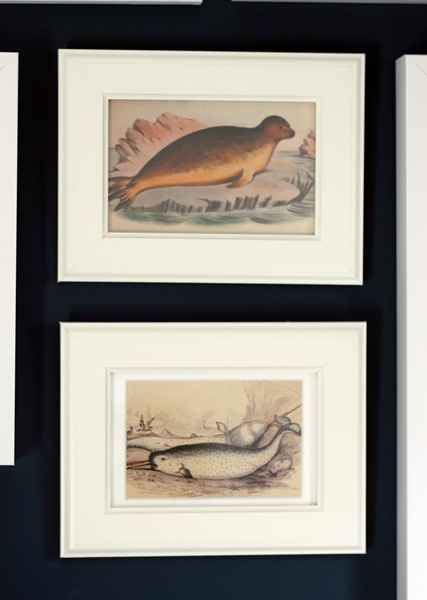 I bought two cheap, teal laundry baskets from Target. One of them is actually for laundry (it's over on one side of his changing table), and we keep overflow books that don't fit on the shelf in the other one. Which makes for a nice little reading corner: 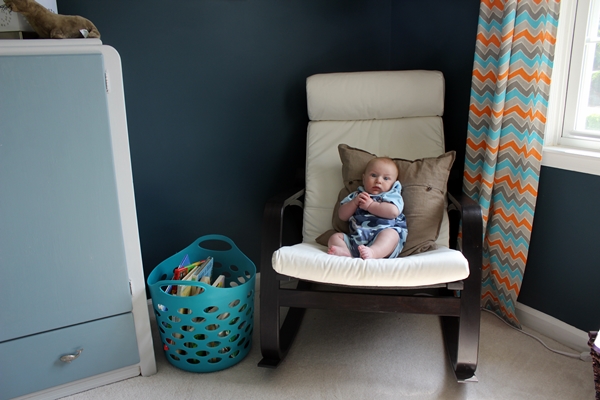 (I'm really glad we wound up with that color cover on the rocker, because it's pretty much exactly the same color as spit up).

Abe likes to hold his hands together while sitting in this chair: 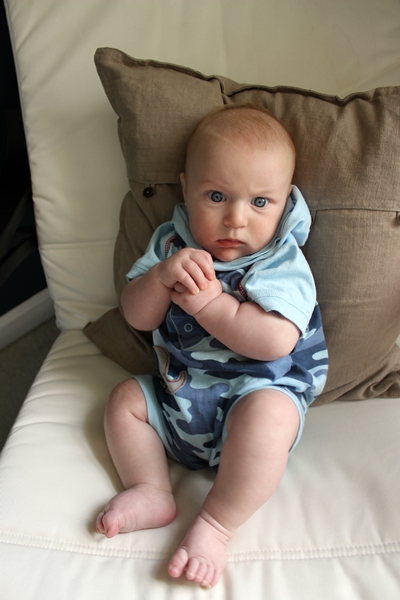 When you gonna grow some hair, kid?

On the other side of the room, I moved his lamp over into the corner by the window. It was driving me crazy on the other side of the crib, where it used to be. I thought about writing a post about moving the lamp awhile back, but then I didn't (I'm only kidding. I was never going to write a post about moving a lamp. It takes moving a lamp AND buying laundry baskets to get a post out of me). 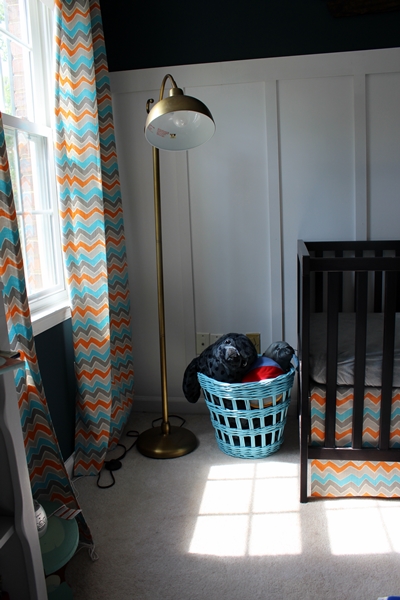 And I picked up this little wicker basket at the thrift store and spray painted it aqua to hold all his stuffed sea animals. Someday he might want a teddy bear or something, and I guess we're going to have to let him have one, thematically inappropriate though it will be. 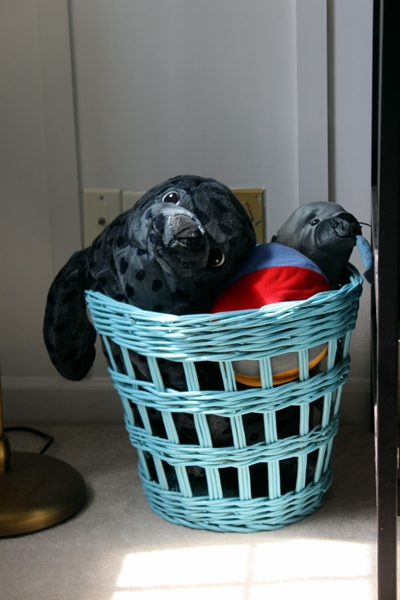 And, in final practical nursery tweaking news, I got this basket half off at Hobby Lobby to hold his rapidly expanding collection of toys: 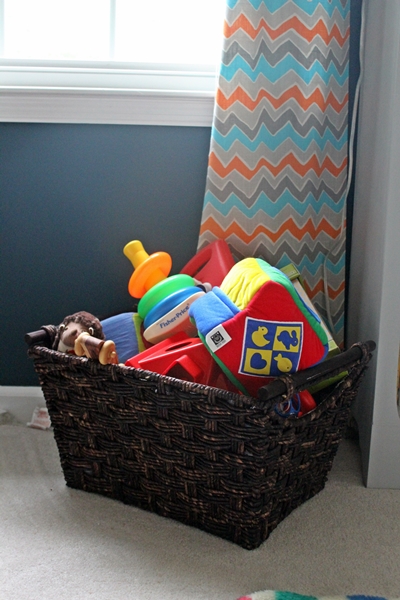 A few future of the nursery thoughts: when we were making the nursery, I really had no idea how long it would end up staying there. Gus NEVER slept in his crib, and was in bed with us pretty much every night for three years. Ari, on the other hand, was a magic sleep baby who slept through the night super early and always seemed happiest sleeping in his crib. Milo was somewhere in the middle. He loved sleeping with us, but mostly so that he could wake up in the middle of the night and try to get us to spend two hours playing with him.

I had no idea, of course, which kind of baby Abe would be. Had he been a Gus type baby, it wouldn't really have mattered when we moved his crib out of our room, since he wouldn't have anything to do with it anyway. But he appears to be another magic sleep baby, who already rarely wakes up before morning. So, while I'm glad he's in the same room right now and I'm not in a hurry to move him, I do see it happening sooner than I would have predicted before he was born. Maybe first birthday-ish. But I don't envision completely redoing his room until he's more like 2 1/2 or 3 and can offer at least a little input, so, when he moves, it will probably be mostly a matter of recreating his nursery in the current guest room. It's actually a slightly smaller space, but is has an actual 4th wall, so that probably makes up for the space as far as furniture placement and wall hangings and such. So! That's the blog post we all have to look forward to in 9 months or so.