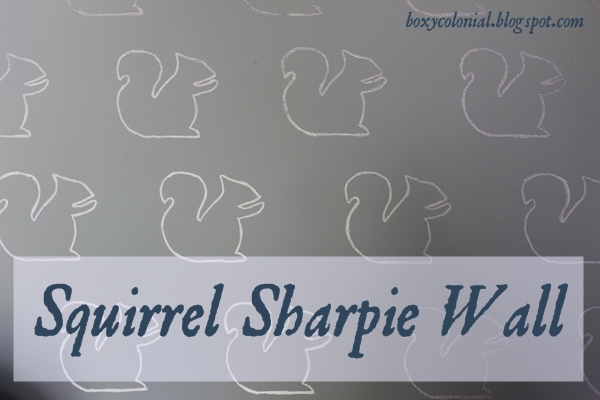 This time around, I again knew exactly what I wanted to do. Ever since I saw the sheep wall that Cassie at Primitive and Proper made: 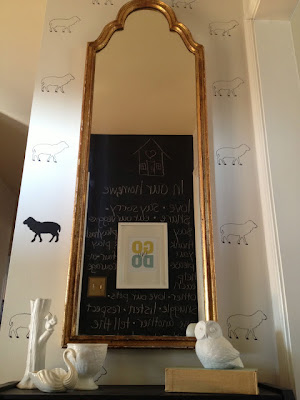 ....I've been completely in love with it and longed for sharpie-d animals of my own.

Then I realized that I'd never actually pinned the sheep wall. I guess I loved it SO much that I knew I would never forget about it and need Pinterest to remind me. So, I, umm....pinned it real quick like once I saw the Pinterest Challenge announcement. That counts, right?

In case it doesn't, I DID pin this great round up of Sharpie projects from Owen's Olivia, including her very cool Sharpie "wallpaper:" 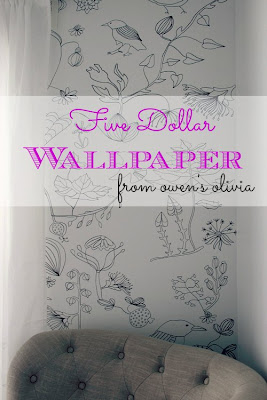 And I didn't pin this, either, but Stephanie at Sandpaper and Glue was another inspiration, with her recent sharpie wall project: 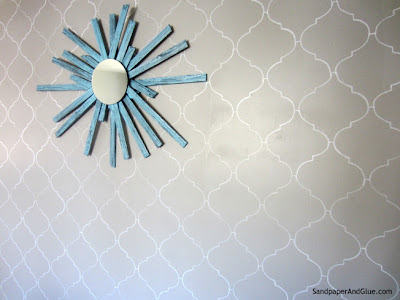 So, basically, I wanted to draw stuff on my wall with a sharpie. An animal of some sort, preferably.

I ran through a list of animals in my head. I thought whales would be nice, but Dave thought ANOTHER whale room would put our house into whale overload. Chickens? Chickens are nice. But squirrels are kind of my fallback cute animal, so squirrels were our winner.

I ordered some stencil paper from Amazon (I think it was about $6 and came with two sheets: one big, one little). And then I took a look at some squirrels on the internet and came up with a sketch: 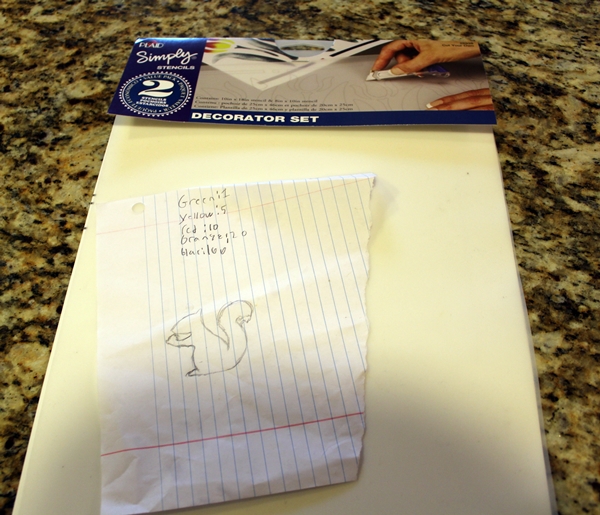 Then I had to make him bigger, because it would have taken 4,000 years to fill the wall with squirrels that small.

So once I had my bigger sketch, I turned it over on the stencil paper and rubbed the back all over with pencil to transfer the image. Then I realized we couldn't find an exacto knife anywhere. So I decided to just cut the squirrel out with scissors and do kind of a reverse stencil, tracing around the outside of it. 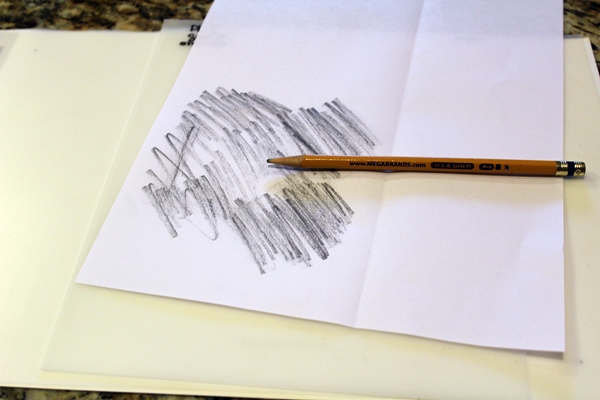 Tragically, he lost his acorn at this point, because I couldn't cut out that little triangle shaped area. I'm sure he can find another one somewhere. 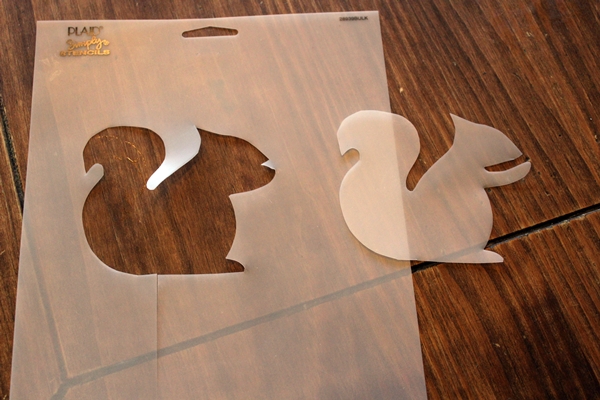 Here is the wall in the foyer where I decided to put the squirrels: 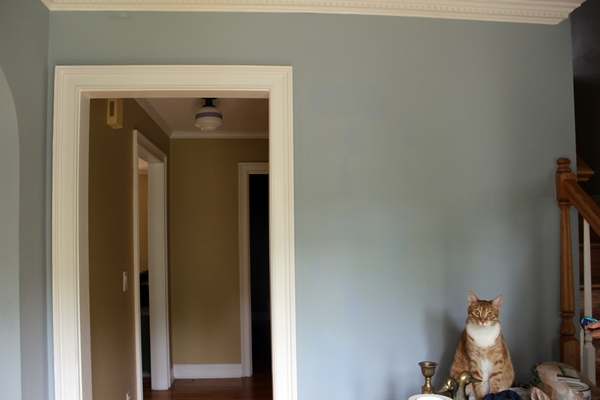 In the past, it has sported seasonal wall hangings, like the vintage wrapping paper from Christmas and the silhouette bunny and chicken from Easter, but it's never had any permanent adornment.

So then I started tracing squirrels. I had originally wanted a dark gray sharpie, but I couldn't find one. So I went with purple. "I love purple!" I thought to myself.

Dave got out the level and made little marks for me so I'd know where to put the squirrels. This is why Dave and I are the perfect DIY team. The idea of using that level and trying to figure out the perfect squirrel pattern sounds terrible to me. The idea of doing the actual squirrel tracing sounds equally terrible to Dave. Thank goodness I didn't accidentally marry another level-hater.

I put masking tape on the back of the stencil (is it okay to still call it a stencil when it's a backwards stencil?) 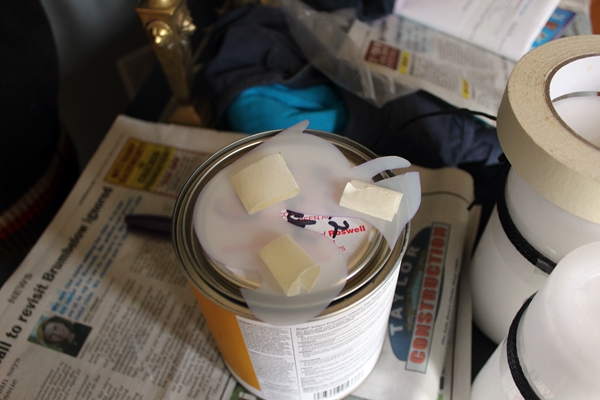 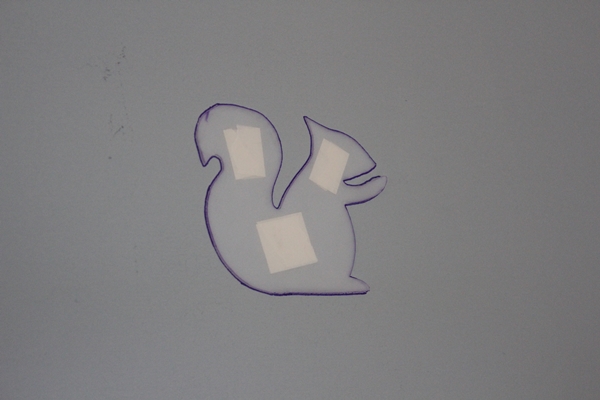 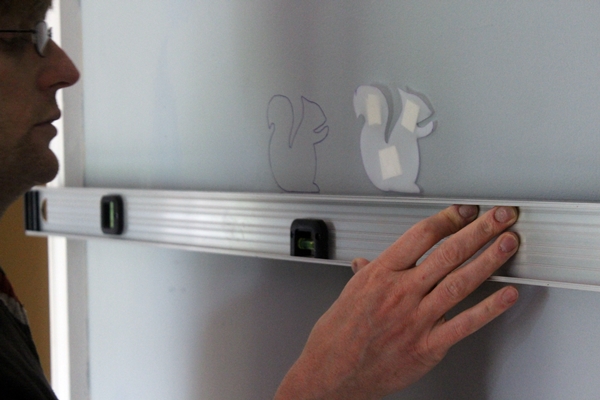 After a while, I had a wall full of squirrels: 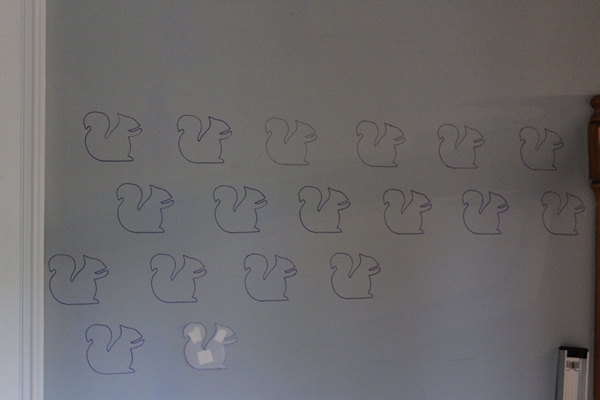 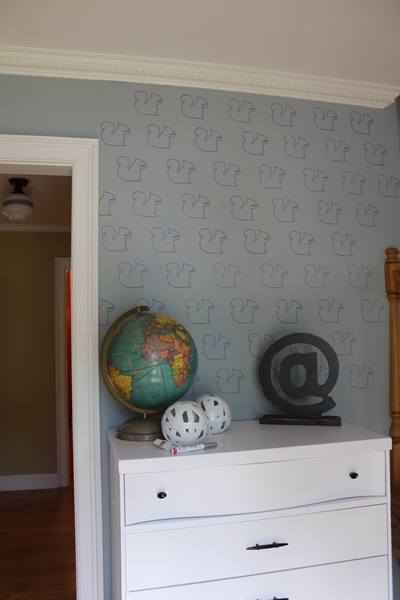 I tried to love them, I really did.

It looked like I'd drawn squirrels all over my wall with a sharpie.

Which I had. But I had been going for something a little more....classy. Subtle.

For awhile I figured I'd just go ahead and post about them and then paint over them in the near future.

Then I decided I could fix it. I could fix my squirrels! I could tone down the whimsy. I ran out to Michaels and bought a silver oil based Sharpie paint pen. And, yes, I drew over every single one of the damn squirrels. Twice, because the purple showed through too much otherwise. And now I am happier. 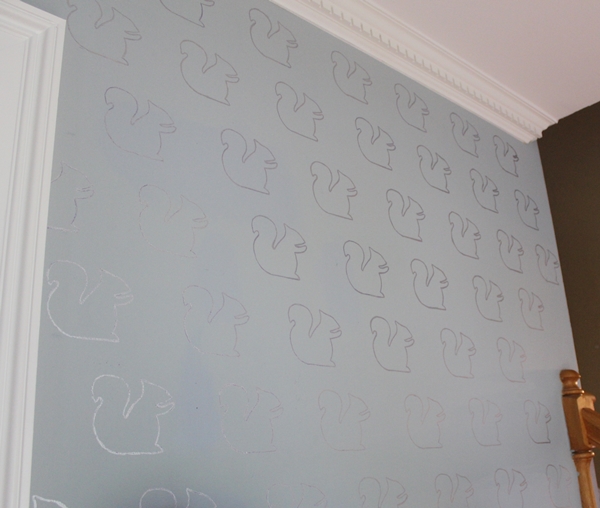 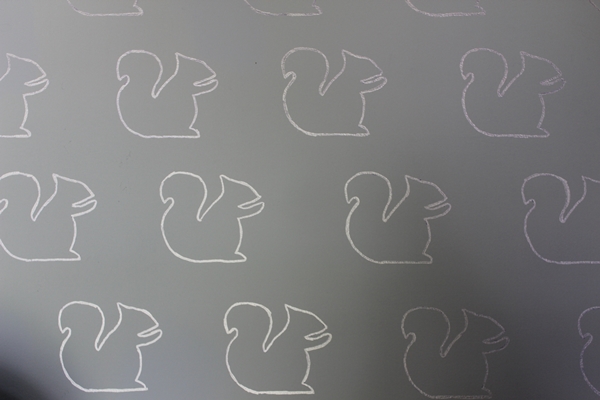 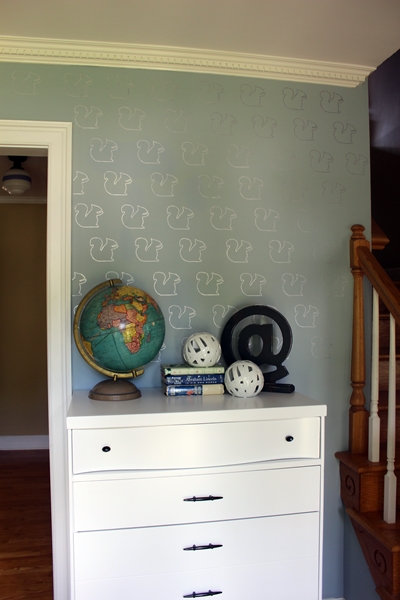 Ignore that super cute dresser for now. I'm going to talk about it later.

Also, I know I move that globe around for every "styling" opportunity that comes along, but I think it's actually staying here.

Oh, and don't stare at the squirrels for too long, or you'll start seeing weird swans instead. Optical illusion wall!