The Foyer Rug and Problems with Perspective

I have a history of ordering things online and expecting them to be much bigger than they actually are. One time I ordered a bunch of stuff for the kids for Christmas, thinking confidently that I had ordered them so much stuff; it was going to look like TEN Christmases when it got here. I wouldn't need to buy another thing! And then the box arrived, and I was like, "oh, they must be sending it in.....SEVEN boxes. This box is far too small for all of the amazing things I ordered." Only then I opened up the box and there were all the toys...miniature versions of what I was sure I had ordered.

Mind you, no one had been dishonest or tricked me in any way. I just don't pay attention when they tell you what sizes things are. This has been going on pretty much since ordering things off the internet was first invented, and I have NEVER learned to stop doing it.

I've made a helpful graphic to illustrate this problem I have, using Abe's toys: 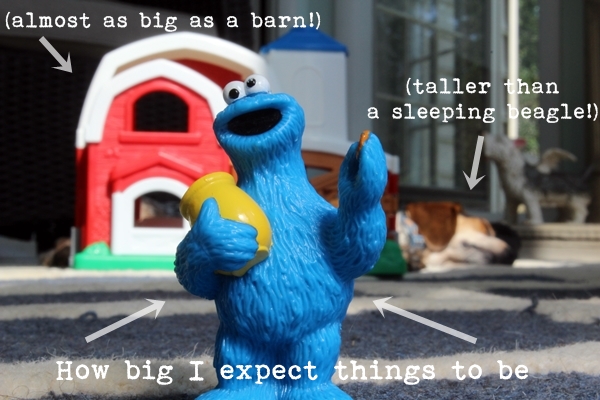 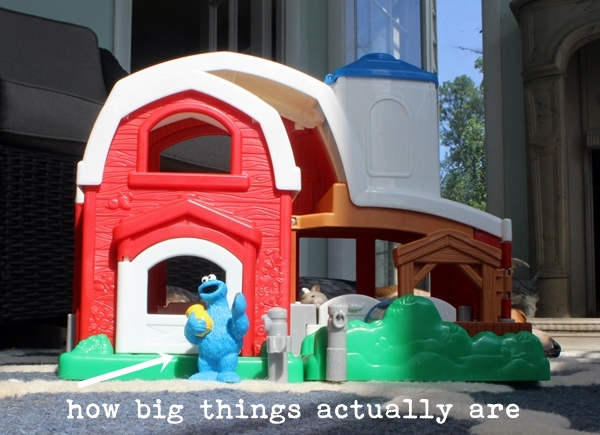 Okay, so! I actually DID know exactly how big the rug I ordered for the foyer was. And I had measured the foyer, so I knew how big a space it was supposed to occupy, too. But somehow, getting these two numbers to meld together in my head did not work very well.

But let's back up.

A little while ago, I presented some of my finalists for the coveted position of New Foyer Rug and asked you guys to help me pick one. I'm not even sure which one won, because a lot of you mentioned your top two or three instead of just picking one, and then some of you said, "the purple one," and there were TWO purple ones. I think you probably meant the purple one that I didn't actually buy, though. Also the vote was fairly evenly split, it seemed like.

So that part wasn't really all that helpful, although I know everybody tried their best. What WAS super helpful, though, was how a few people pointed out, either directly or indirectly, that this rug was going to be right by my front door, for everyone who came in or out of the house to trample over. This was something that seriously had not even occurred to me in my "ooh! pretty rugs!" fervor. I eliminated the popular but mostly white Moroccan dhurrie right then and there. And then I went ahead and tossed out the wool choices, hoping that the cotton ones would stand up better to being tossed in the washing machine (I'm not sure if you're really supposed to toss your cotton rug in the washing machine, but I think I'm probably going to give it a try whether you are or not).

Maybe at this point I should mention which rug I bought?


The Zig Cotton Dhurrie from Serena and Lily!

Once I decided on cotton, there weren't many choices left, but this one had originally been my and Dave's favorite anyway. I found a coupon code online, and it was already marked way down, so it also wound up being one of the cheapest (after shipping, I think we paid just under $70). And since the original price made it one of the MOST expensive choices, I felt like I was getting a FANCY rug. And you know I loves me some fancy.

To be precise, it was exactly what size it was supposed to be. Only that was smaller than I had pictured.

Well, here, take a look (child and beagle shown for size comparison purposes. And because they wouldn't get out of the way): 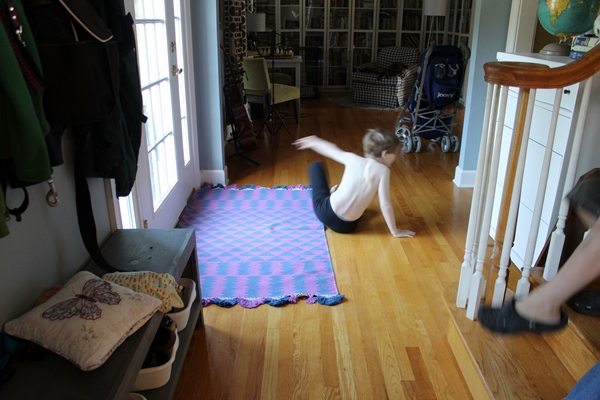 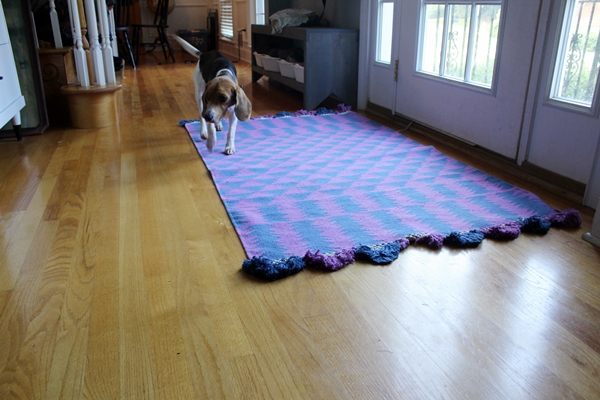 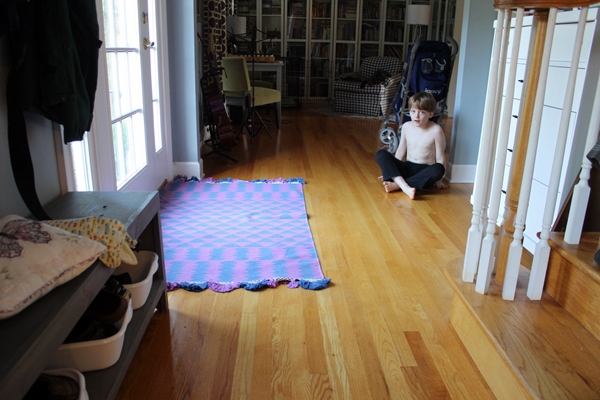 That's not a rug! That's an overgrown door mat!

The good news is, it turns out the rug is exactly the right size for the space between the bench and the stairs. Which is great, because maybe you'll be sitting on that bench with your feet on the floor? And they would be cold? Only they're NOT because of the rug! Yay! 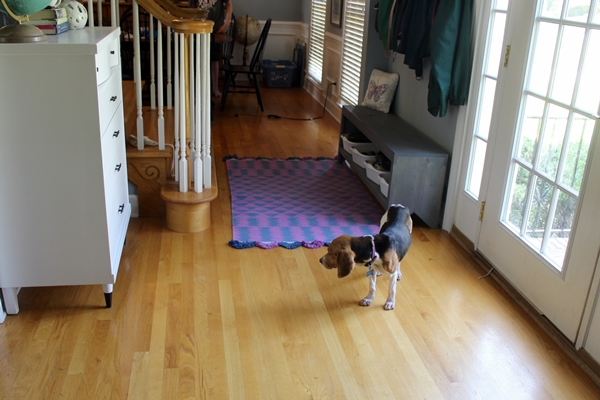 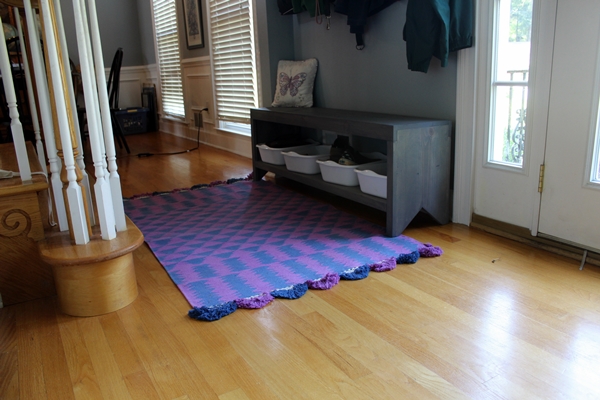 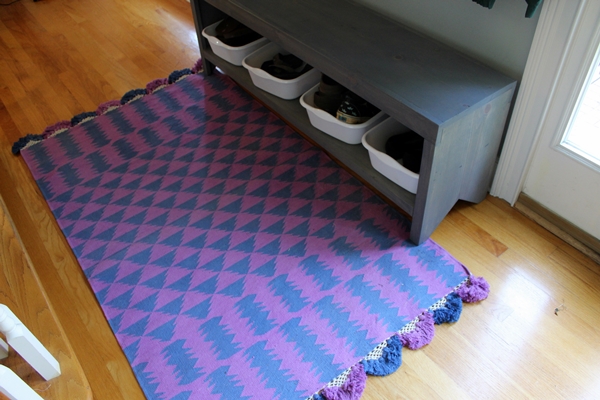 But that still leaves the problem of my rugless other half of the foyer.

But the good news THERE is that layering rugs is totally trendy right now. I know because I read it on Apartment Therapy.

Who wants to help me out with rug shopping again? Rug layering good or bad? What kind of pattern/color/etc. would you go with there?

Linking with:
Link Party Palooza
The Creative Connection
The Inspiration Gallery
Posted by Gretchen at 7:00 AM