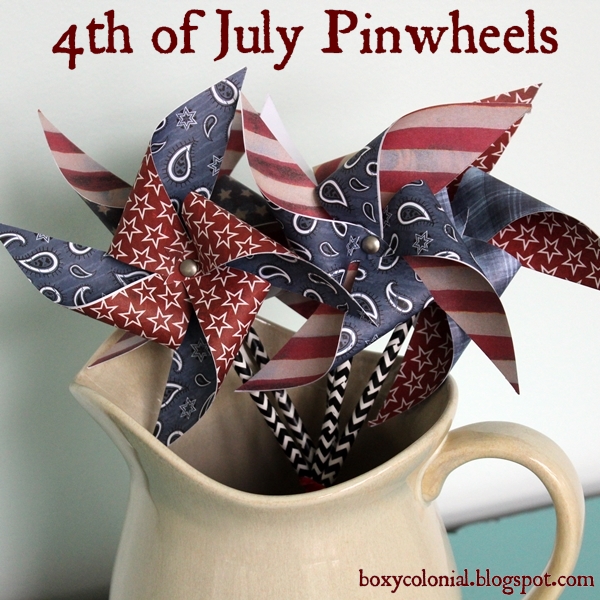 I'm always on the lookout for crafts even I can't am unlikely to screw up. So when I came across these super cute pinwheels awhile back on Circusberry, I pinned them immediately: 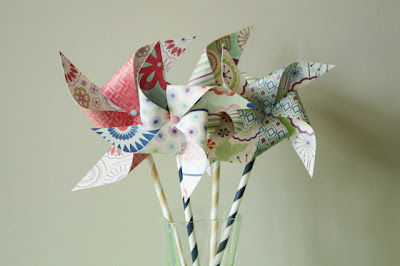 ....and then, a couple of days ago, I did something even better: I actually MADE some! Crazy idea, right? You pin something and then you make it.

As part of my ongoing attempt to become a seasonal decorator, I decided to crank out some 4th of July themed pinwheels. I went to Hobby Lobby and came home with this stuff: 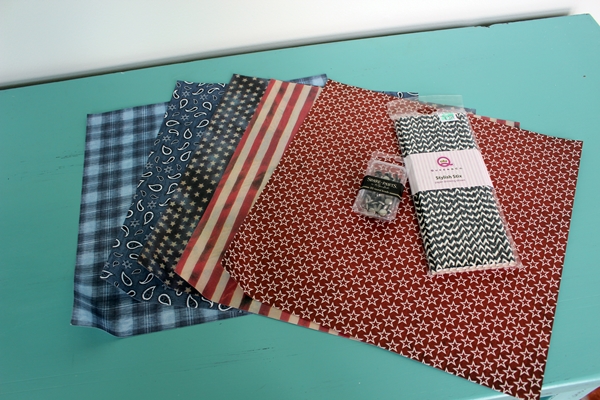 4th of July-y scrapbook paper, decorative brads, and paper straws. I wanted just plain blue or red straws, but the most neutral I could find were these black chevron ones. Now I can have a fashionable and environmentally friendly kids' birthday party with the extras!

I just followed along with the Circusberry tutorial. If I don't make any sense, go over there and see what she says! 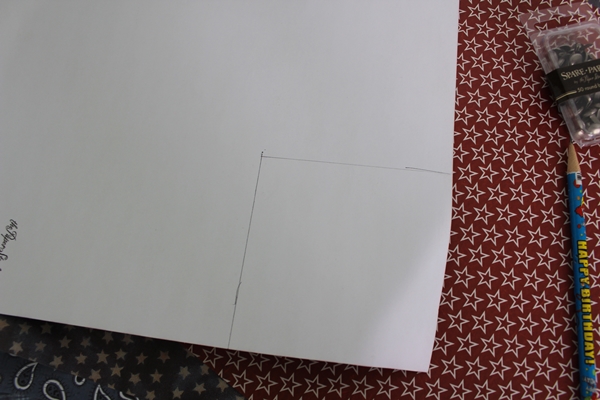 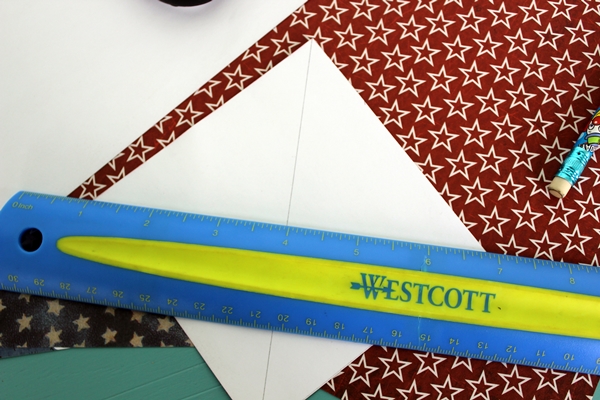 2. Draw lines diagonally across your square. 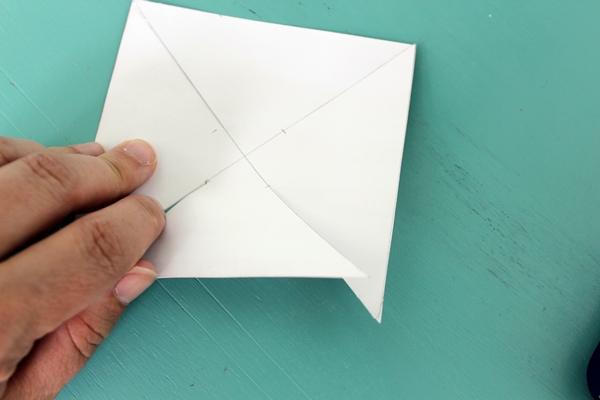 3. Cut along the lines toward the middle, leaving about 1/2 inch uncut. 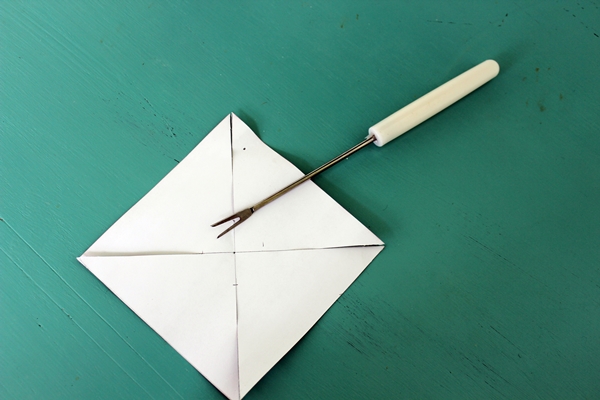 4. Poke a hole through the middle and in the left corner of each triangle section. I wasn't sure what to poke holes with, so I, uhh, found this thing in my silverware drawer and used it. It worked pretty well. Be careful; it's sharp! 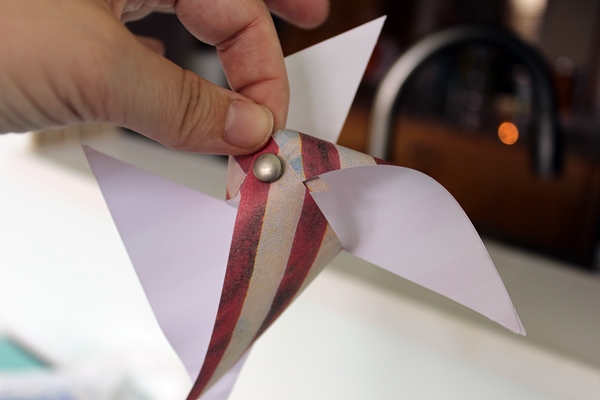 5. Fold each hole-poked corner down toward the center, one at a time, inserting the brad through each layer (so you're kind of tucking each new layer under the one that comes before it, working the brad from the outside in). Once you have all the triangles folded down, poke the brad through the center hole. 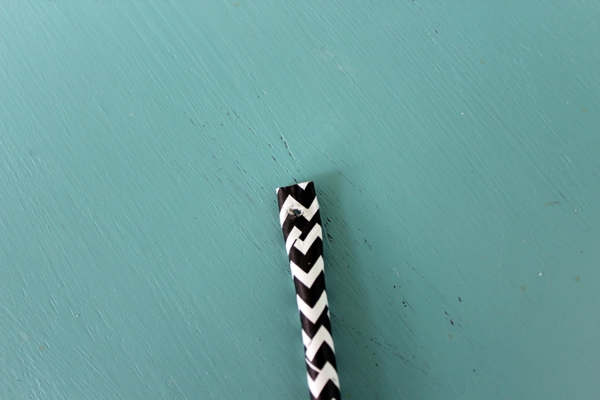 6. Hardest part! Paper straws are tougher than they look! Flatten one end of the straw and poke a hole through it. Insert brad through this hole to attach the pinwheel, spread the tabs out, and you're done! 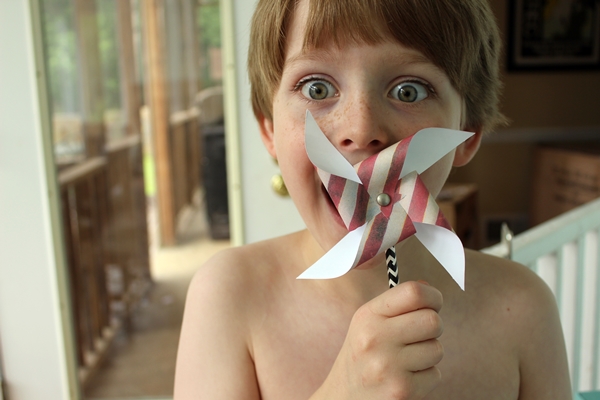 So I did the rest of them like that. Same process, only taping the two sheets together first. 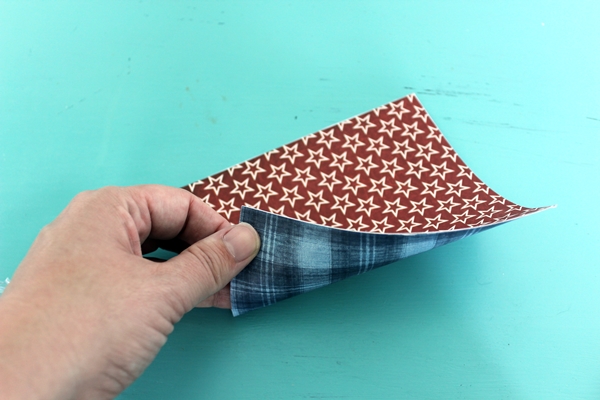 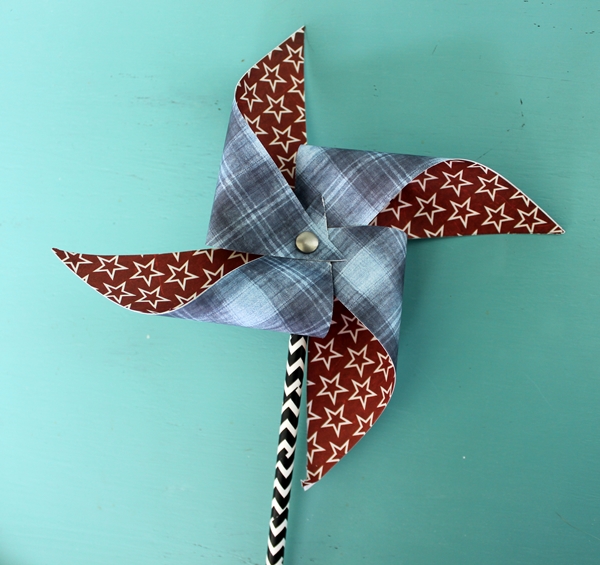 Super easy! Once I got going, I could do one in maybe 5 minutes. 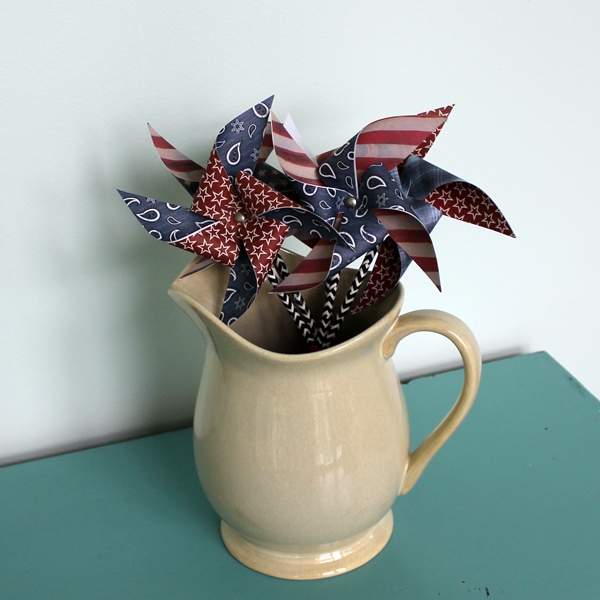 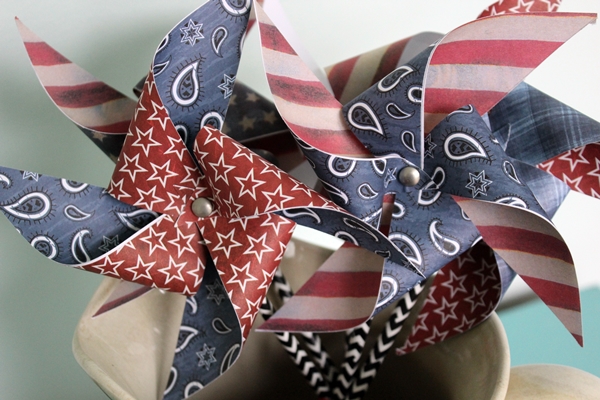 Then I tossed some other stuff together (stack of books!) and made a display. Said display is supposed to be in the dining room, but I was too lazy to clean off the buffet before I took pictures. I'm pacing myself. 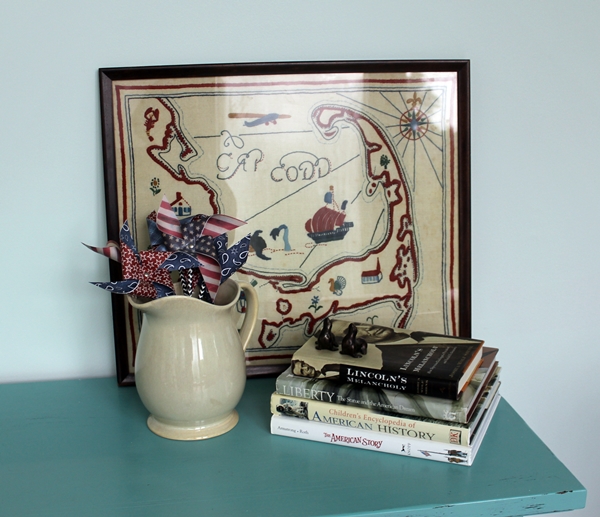 Linking with:
Stone Gable's Tutorials, Tips, and Tidbits
Hookin' Up with House of Hepworths
The Shabby Nest's Frugal Friday
Summer Camp Link Party
Tatertots and Jello Weekend Wrap Up Party
Monday Funday
Give Me the Goods Monday
Tuesday's Treasures at My Uncommon Slice of Suburbia
Posted by Gretchen at 7:30 AM