Aww....summer. If you are us, summer means a couple of months of two adults being home. Summer is the best part of Dave's job. We love summer. Except that it's really, really hot. But you can't have everything.

Summer is, theoretically, a good time to knock out projects. Last summer, Dave built a fence. We thought that maybe Dave should build a deck this summer, but I think we're leaning toward leaving deck building to professionals. Building a deck would likely take all summer, and there are so.many.other things to do here. It would be nice to do more than one of them.

So, in the interest of motivating ourselves to get moving, and because we've never done it before, we're putting together a massive list of Things to Do. House things. It is, of course, all subject to (and likely to) change over time, but it's good to have a starting place. Or, well, a somewhere relatively near the beginning place, at any rate, since we've already done things before even making a list. We're pretty impressive that way. Not everyone can do things that aren't on a list.  Well. Maybe everyone can, actually. Anyway. List! 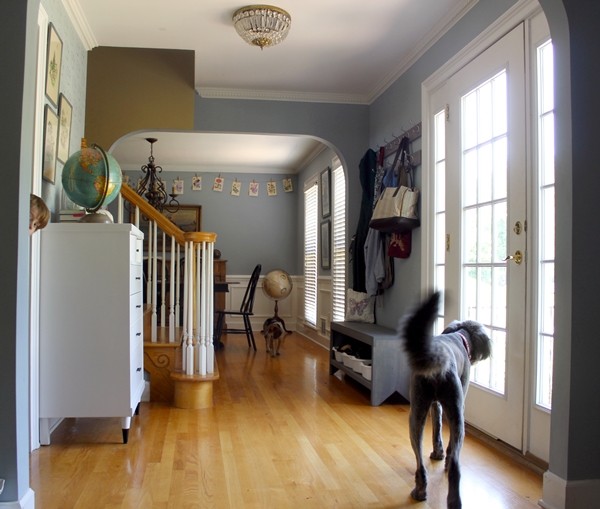 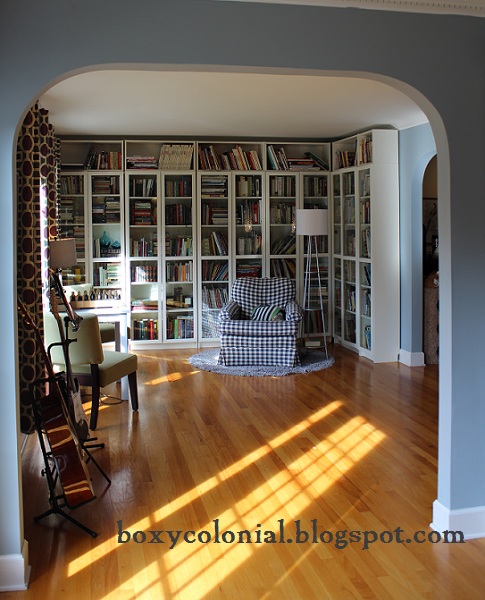 *more seating: I'd like to figure out a nice looking way to replace the lone plaid chair with a loveseat so that more people can read/hang out in here. Maybe move chess table more into the middle of the room, in front of the shelves, and put a loveseat against the window. or even two armchairs by the windows.
*paint piano and bench fun color
*make cushion for piano bench
*finish photo wall above piano
*find a way to hide Milo's amp (build box around it maybe?)
*bigger rug?
*deal with lighting situation in some way or another (overhead lights, ideally)
*organize books somehow or another

....it was at this point in my list making, when I got through with not so short lists for two of the most "finished" spaces in my house, that I began to realize that we'll never, ever, ever be finished. Which is fine. 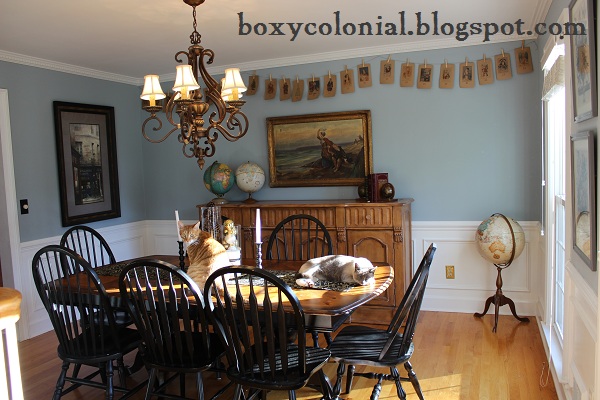 *gallery wall next to kitchen
*curtains
*work on top of buffet....maybe a seasonally changed out vignette of some sort?
*find card catalog for storage
*not sure about table and chairs. Maybe a different style chairs eventually and/or painted a fun color
*rug? 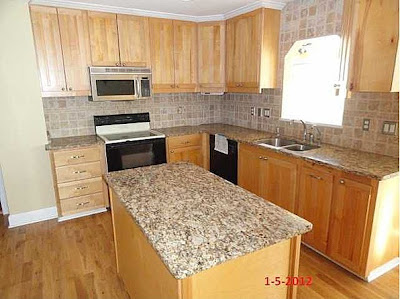 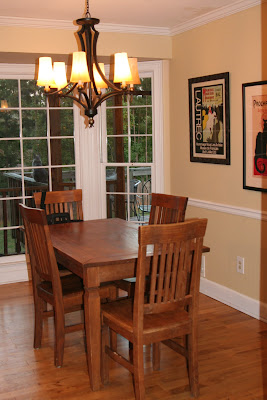 Scenario one (unrealistic, maybe someday scenario)
*move refrigerator to another wall to make room for a big island with seating
*open up doorway wider between dining room and kitchen
*built in storage along wall where table is now?
*all of this moving appliances about would necessitate new counters

Scenario two (the one that we can actually work on)
*come up with fabulous command center organization plan
*paint
*build farmhouse table (current table out to sunroom)
*get chairs for said table (maybe mismatched wooden chairs all painted the same fun color? Aqua?)
*build cabinet for cleaning supplies/vacuum
*chalkboard wall near hallway
*new (matching) appliances. Ours are all mismatched and nearing or at the end of their life expectancies, so it's going to happen sooner or later. Probably very soon, now that our home warranty's expired ;) 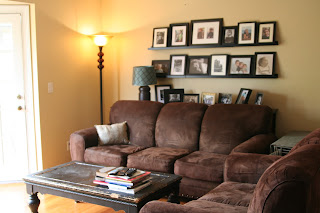 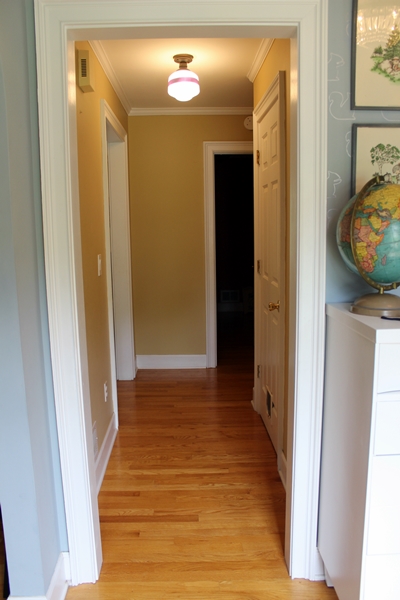 (this is straight ahead of you as you come in the house....the den, kitchen, basement stairs, and half bath all go off of it)


*paint (or wallpaper; it might be a fun little space for wallpaper)
*pictures 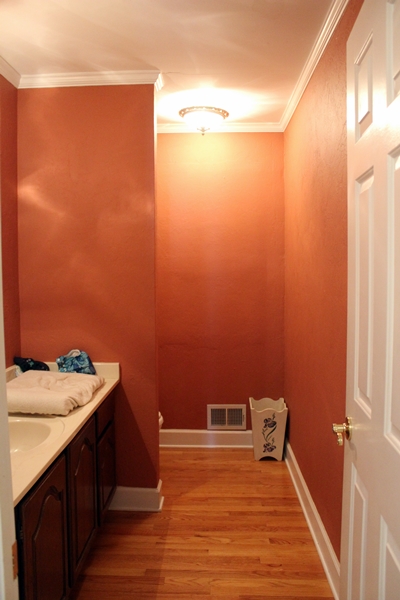 ....this is a really long, skinny room....tons and tons of wall space. I don't have a clear idea of what to do in here, but it needs to be....something.

*paint (I would love to wallpaper in here, but the walls are textured, so I don't think it would work without major prep work)
*replace fixtures
*towel rack
*replace lighting (vanity light and overhead)
*paint cabinets 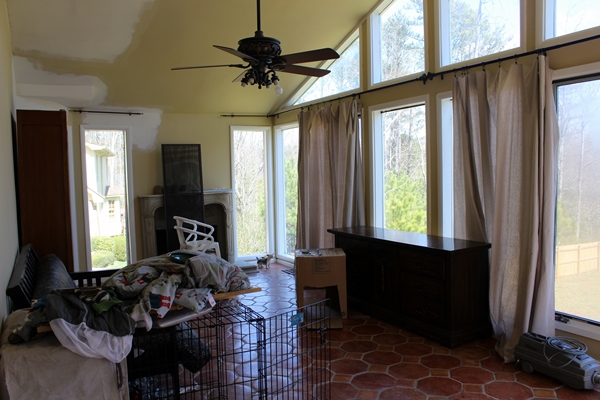 It's looking a little better than this now.....more on that soon.


*paint
*coffee table (maybe the one from the den)
*move kitchen table out here for crafts/school/puzzles/eating/etc
*get some wicker chairs for more seating
*hem/cut curtains
*line curtains with blackout fabric
*do something fun with curtains (stencil?)

Also, whole floor stuff....we need to refinish the floors at some point and replace all the windows on the back of the house (the ones on the front are all new vinyl ones; on the back they're the original wood, single paned ones)

The lists are just as long as longer for the rooms that are more finished, oddly....I guess it's because I know exactly what else I want to do in those, whereas plans are still vague in the largely untouched rooms.

Next up the upstairs! And then the outdoor spaces...yard and porches.