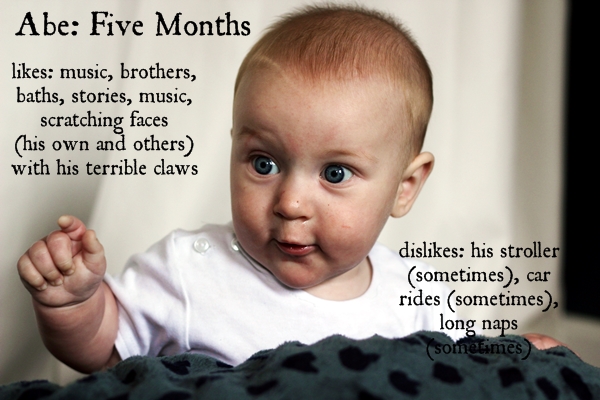 Five months sounds SO big; so much older than four months. Sniff, sniff. And this past month seemed to fly by, probably partly because we were out of town for a week of it. Another rainy 17th to make photography challenging. I took a million or so pictures, but the vast majority were out of focus, owing both to the bad light and the wiggly baby.

Abe had his four month check-up a few weeks ago, and he was in the 70th percentile for weight and......20th for height. Fat little peanut! My other babies have all started out way up in the 90-100th percentile for height and then mostly just stayed there, so it's a new experience having a little guy who still fits in his 3-6 months stuff at 5 months.

He's starting to be able to sit up for short periods, particularly if you give him something to hold onto, which makes for a little variety in photography. He's sitting unsupported in that picture up there, with the big seal to hang onto for emotional support. When he's upset, he'll usually calm down immediately when he hears music. Balls are his favorite toys. He spends a lot of time staring intently at his brothers, ready to flash a giant grin at them as soon as they look at him. He still takes a lot of 20-30 minute naps, but sometimes he'll mix it up with a good 2 hour one, so I'm still hopeful he'll start to appreciate long naps more soon. No signs of creeping or crawling yet, which is probably just as well since there are no signs of the kind of babyproofing around here that that will necessitate either. Nothing new to report on the teething front: much drool, no teeth.

I had a grumpy (he's had a bit of a cold) baby to contend with on top of the bad light, so....well, here's what I managed to get: 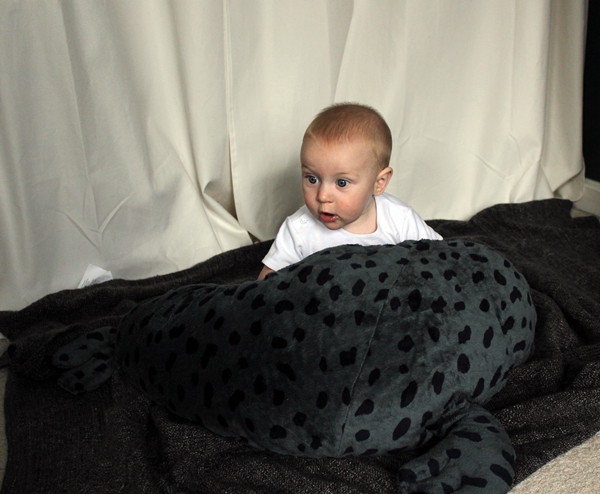 Obligatory seal picture. Also, the white t-shirt is back! I found it! Still fits pretty well. 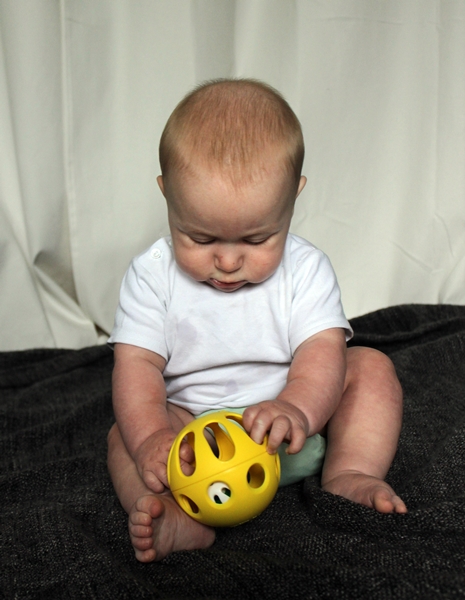 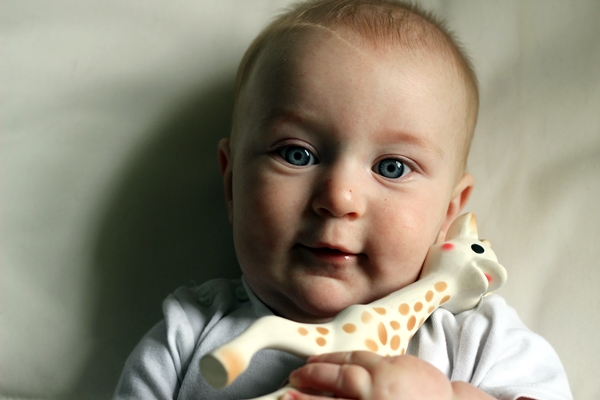 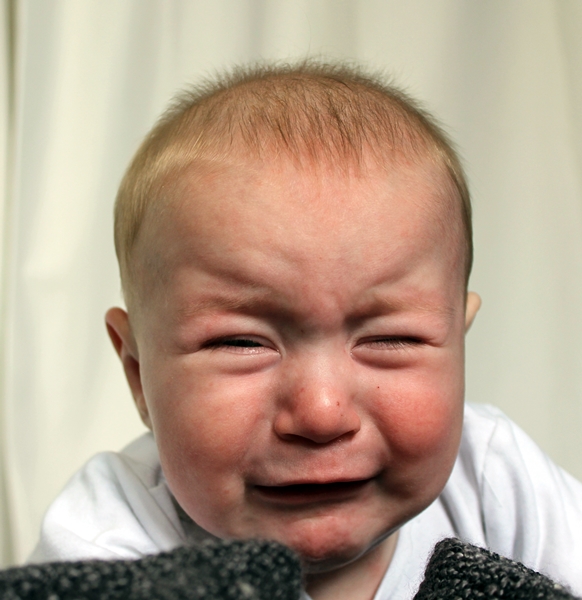 The saddest baby in the world. 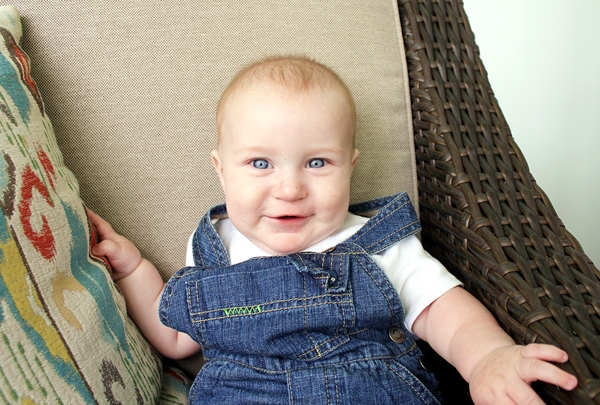 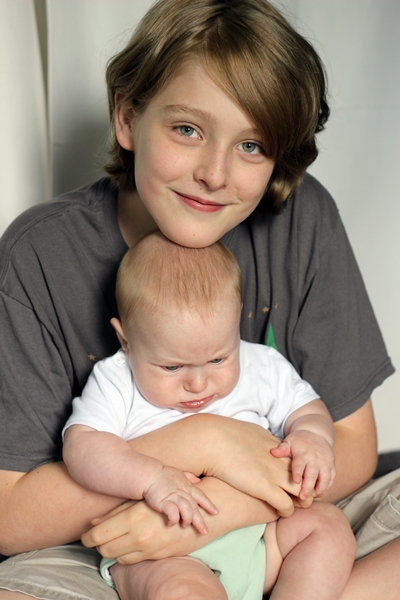 It was Ari's month for solo pictures, but I wasn't thrilled with any of those, either. But I got some nice ones at Disney, so it all works out.
Posted by Gretchen at 3:00 PM