A two part post about things that are happening on the outside of my house.

So, as you might recall, awhile back we built a garden bed and planted some stuff in it. Back then it looked like this: 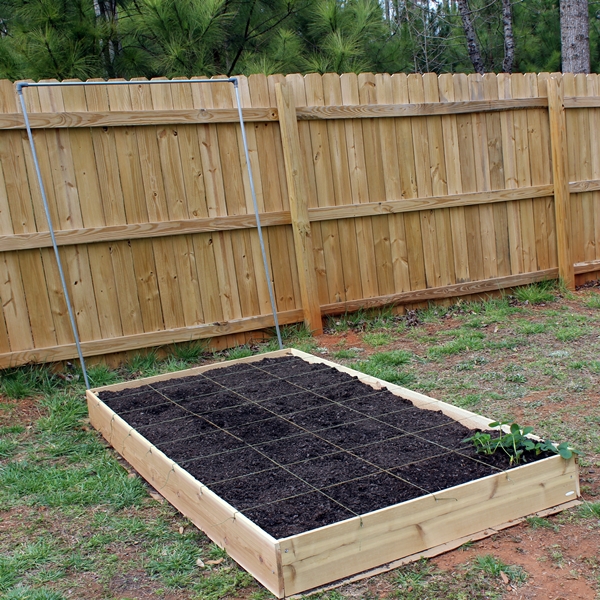 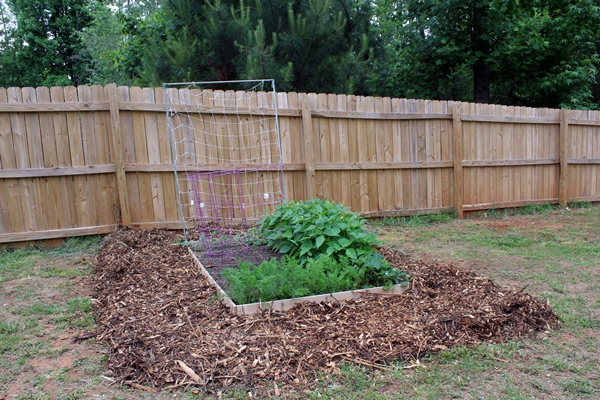 This is why I keep attempting to grow things even though I am a somewhat reluctant gardener. All of that stuff (except the strawberries) came from teeny tiny seeds! (Well, and the strawberries, too, at some point in their history, I guess. But I didn't grow them from seed). The front there is carrots and one square of strawberries. And then beans along the side. In the back, by the netting, getting ready to climb up it, are watermelon and cantaloupe. It's hard to see them in this picture, but there are also purple tomato cages in there! I just planted the tomatoes. Very late, because square foot gardening guy says they're supposed to climb the netting, too. But we were all out of netting. So we were going to plant them elsewhere in the yard, with the cages. Only we didn't get around to it. So finally I was just like, "there's room in the bed; why don't I just stick the cages in there?" And I did. I hope not too late. It was still May, so I think we're good.

We just put the mulch down a few days ago, because it was looking like this around the edges: 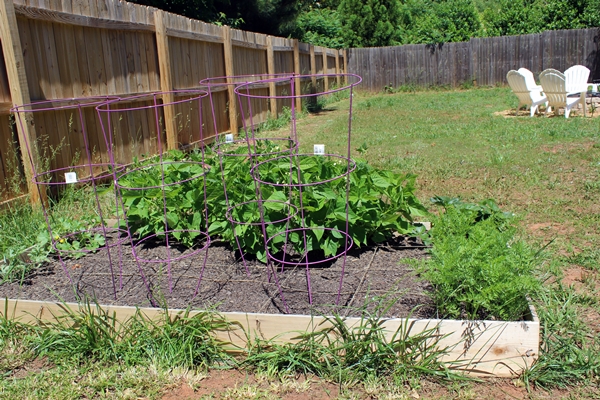 And if there's one thing we have plenty of, it's mulch: 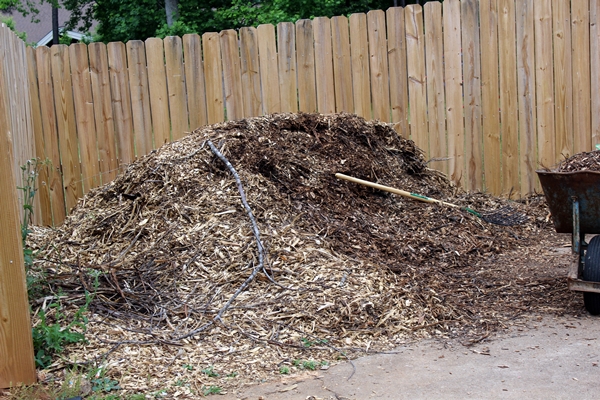 In fact, I'd like to go ahead and make the mulched area bigger, and maybe put up a little fence around it (it is not unheard of for us to look outside and notice a naughty little beagle sniffing around in the garden bed), with an eye toward future garden expansion. I envision maybe more raised beds, maybe some berry bushes, maybe a trellis with something or other growing up it, maybe a fun collection of planters, sort of like this one: 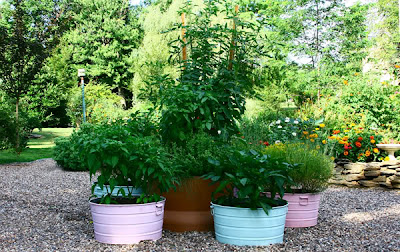 But for this year I'm just going to be happy with my one bed out there. And how could I be unhappy with it when it's so close to making way too many beans for us? 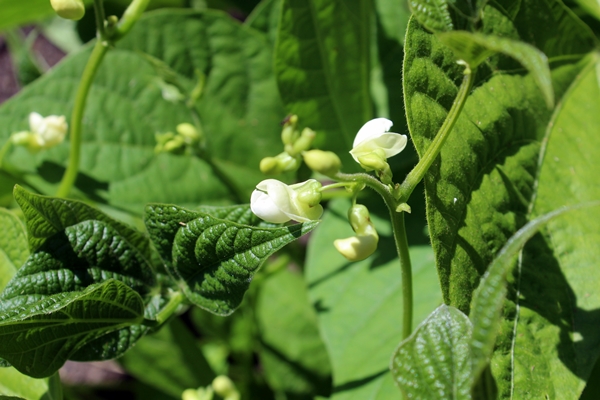 And already provides us with the occasional strawberry that we get to eat before something else does? 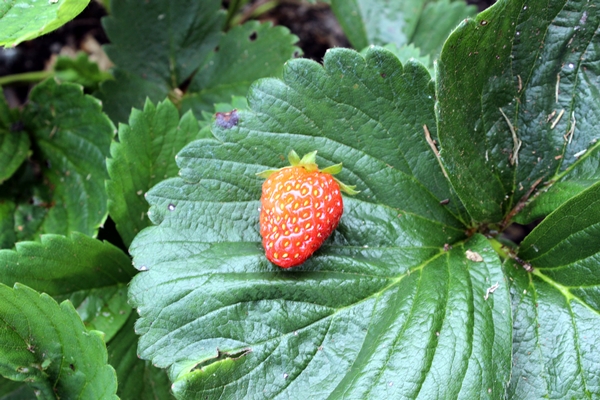 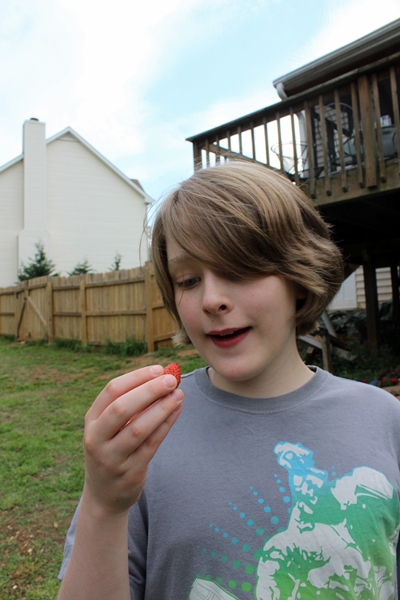 We planted basil in the garden bed, but it didn't make it. But I'd been thinking of doing a container herb garden closer to the house anyway. So when I came across a big metal tub the other week at a yard sale (for $5), it seemed meant to be.

We attempted to hammer some holes in it for drainage: 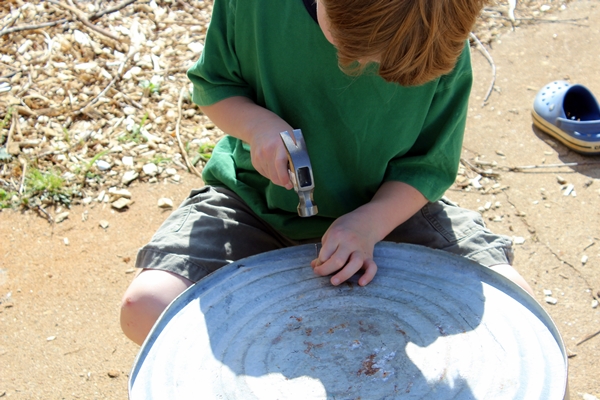 But that was too hard.

So Dave drilled holes in it instead: 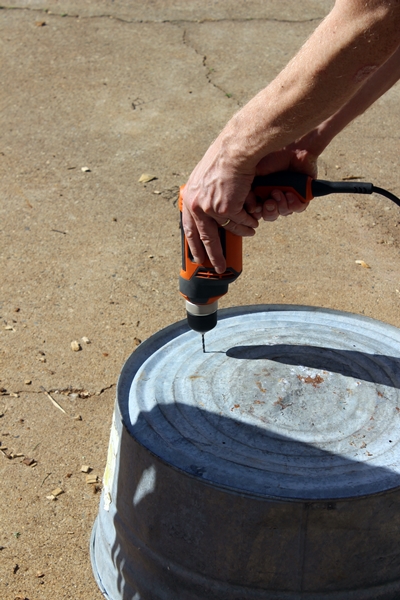 And the drill bit only got stuck once: 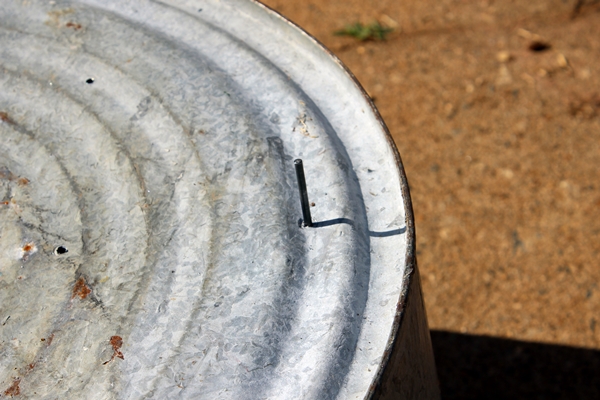 (I thought about painting this, by the way (see: colorful container garden inspiration pic above), but I also like it metal colored, and, all things being equal, it's easier to not paint than to paint).

I'm not sure if I've mentioned it, but we have a lot of mulch. So we filled up the bottom with that: 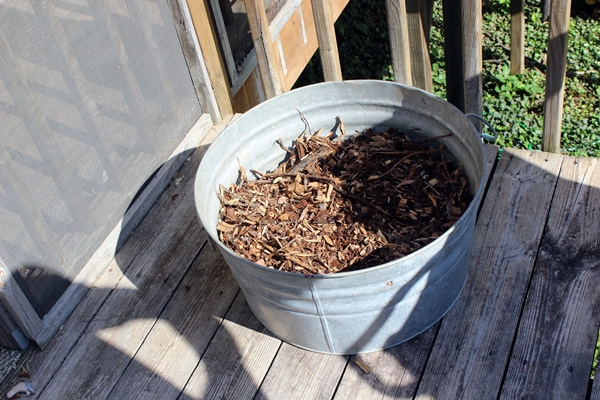 Then topped it off with potting soil: 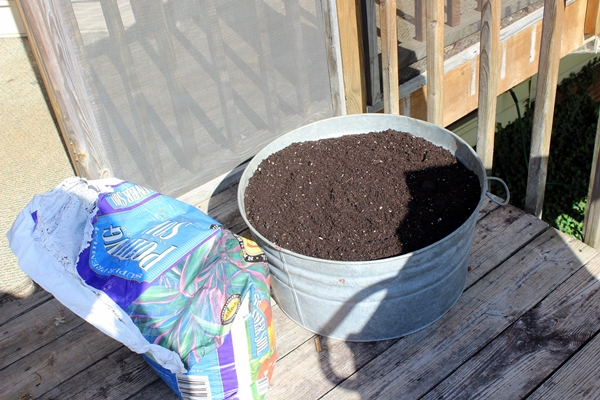 And then we stuck the plants (that we bought at a local garden store) in there. I hope we spaced them out okay, so that they have plenty of room but will fill in and look pretty. I have no idea. I probably should have researched a bit more. Oh well. 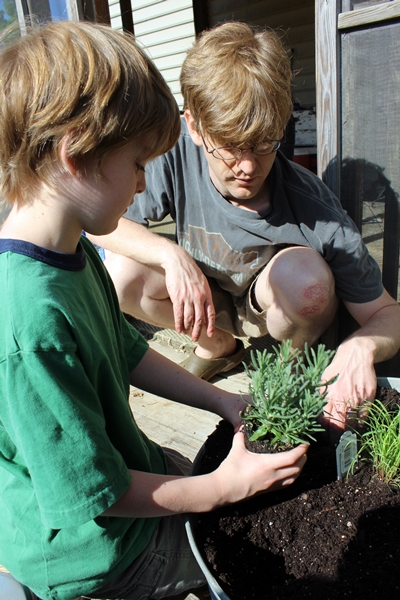 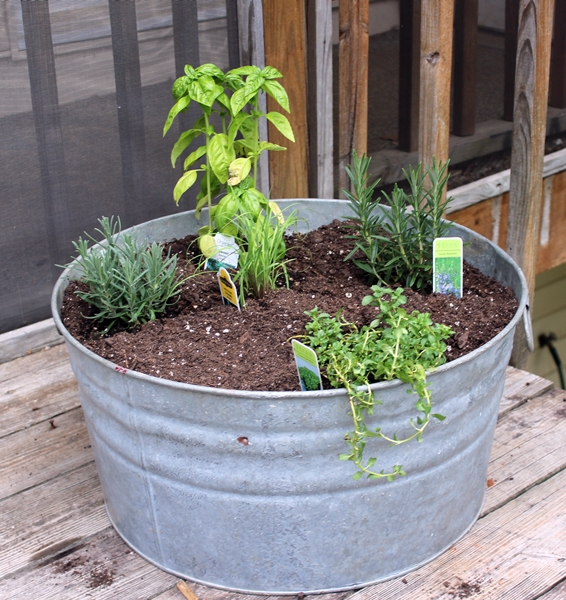 Let's see if I can remember what's in there. Basil is the tall stuff. Some kind of mint. Lavender. Lemon grass. uhh, something else. I'm planning to make prettier markers for them than the ones they came with, so you'll find out then. It will be a big surprise!

Email ThisBlogThis!Share to TwitterShare to FacebookShare to Pinterest
Labels: garden