Foster Dog of the Week: Pumpkin

I don't really expect my new foster almost every week streak to keep up, but so far they've all been in and out of here super fast. Which is great, since the sooner one foster gets adopted, the sooner I can get to work finding a home for the next one (and the lower the chances I'll get so attached I won't be able to let them leave!)

So, in the interest of maximum publicity for my newest foster, I present, in a rare weekend blog post, Pumpkin! 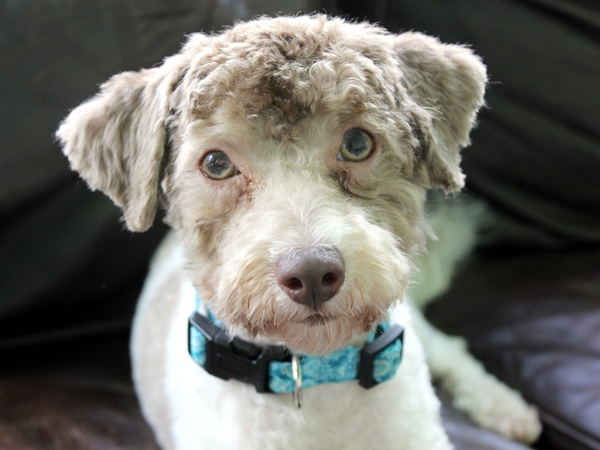 Gus named this one :). He's a poodle or a poodle mix, about 10 pounds, and, according to the shelter he came from, around 2 years old. He's very sweet, cuddly, and playful. Loves all dogs--tries desperately to play with both my 19 pound beagle and my 55 pound sheepdog (the latter with hilarious results). He annoys the cats very noisily (he has quite a bark for such a tiny guy), but we're working on that. I'm not sure he'd ever met cats before. And this one's actually still available! I haven't put him up on Petfinder yet; I'm guessing he'll go fast once I do. So if you're in Georgia and you're looking for an itty bitty dog (or you know someone who is), let me know! 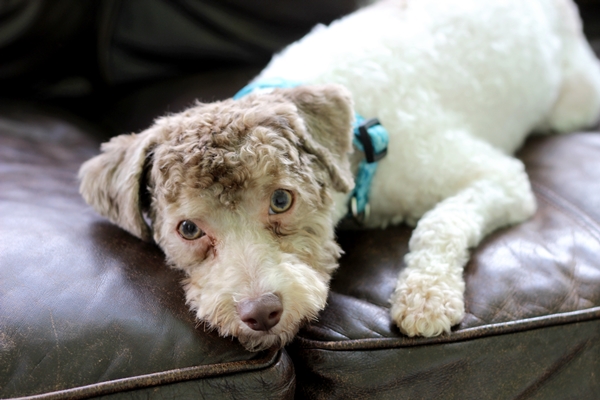 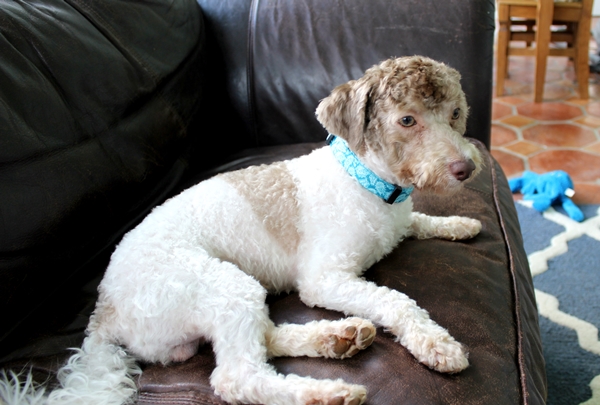 And since bloggers love a good before and after, here's what he looked like fresh from shelter, before he went to the groomer: 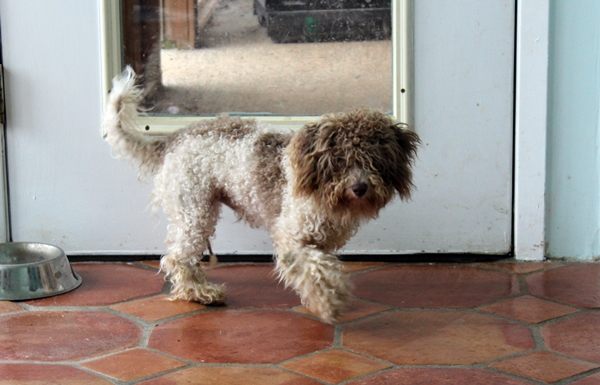 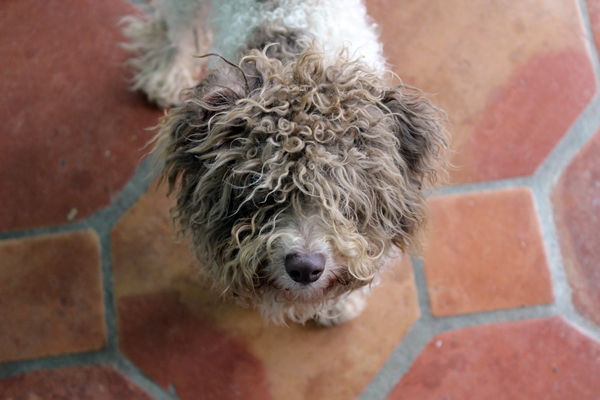